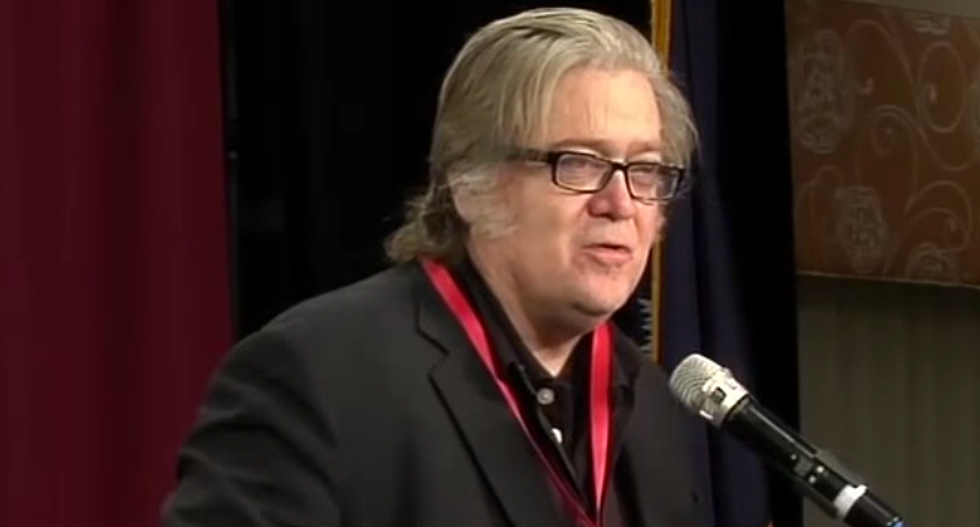 In recent weeks, Breitbart.com has featured a stream of hit-pieces aimed at McMaster and designed to portray him as a Democratic loyalist and insufficiently devoted to Trump's "America First" vision for the world.

"The attacks on McMaster have put Bannon in an especially awkward position with his new boss, retired Marine general John Kelly," said Politico's Tara Palmeri, who spoke to 10 White House officials about the matter.

Even the Wall Street Journal has called for Bannon's ouster in an editorial column this week.

Bannon is reportedly seething that the purportedly practical-minded McMaster has purged Bannon's proteges from sensitive national security positions, including their seats on the National Security Council. Kelly -- a longtime friend and ally of McMaster -- has reportedly made it clear that the type of infighting and elbow throwing that has characterized the first six months of the Trump administration will no longer be tolerated.

When multiple leaks and attempts to undermine other officials were traced to Bannon's surrogates on the NSC, Ezra Cohen-Watnik and Col. Derek Harvey, both were fired.

After a time as Trump's most favored adviser and strategist, Bannon's star has dimmed in the White House. The president has become aware that Bannon has engineered hits on his son-in-law Jared Kushner and other aides through right-wing media and is tired of the drama.

At one point, now-ousted Chief of Staff Reince Priebus ordered Bannon to back off on the media broadsides against his rivals.

"You've got to get people to stop writing this sh*t," Priebus is quoted as saying, "because people know it's you."

Bannon's ties to his old company Breitbart have remained an ongoing source of controversy, but his allies in the White House told Politico that the president should think twice before banishing Bannon from the administration altogether.

“If they ever want to let him go they can see how dangerous he is from the outside,” one aide said.