Secret Service 'at the end of their rope' after being 'treated like servants by Trump': report 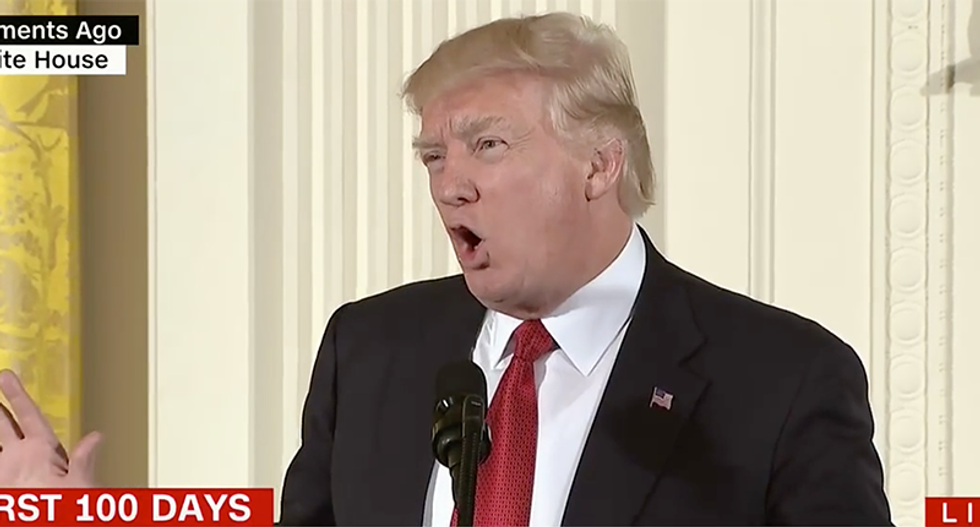 President Donald Trump's lavish travel habits are putting a major financial strain on the Secret Service -- and Center for Public Integrity reporter Christina Wilkie says that the president himself is a major source of stress as well.

On Twitter Monday morning, Wilkie wrote that "multiple sources" have told her that "Secret Service agents are at the end of their rope, sick of being treated like servants by Trump."

I also hear from multiple sources that Secret Service agents are at the end of their rope, sick of being treated li… https://t.co/6yAb10uHVT
— Christina Wilkie (@Christina Wilkie)1503320243.0

One of Wilkie's sources compared Trump's treatment of Secret Service agents with the treatment given them by past presidents -- and the comparison did not reflect well on the current president.

Specifically, Wilkie's sources tell her that Trump expects agents to regularly "fetch" things for him and be available to serve him at all times, regardless of when their shifts start or finish.

On Monday, USA Today reported that Trump’s frequent trips to his own properties have severely strained the Secret Service’s budget, to the point where the agency no longer has enough money to pay its agents.

Secret Service Director Randolph “Tex” Alles told the publication that more than 1,000 of his agents have already hit federally mandated caps for salary and overtime allowances, as they have had to expend significantly more time and resources protecting assorted Trump properties.