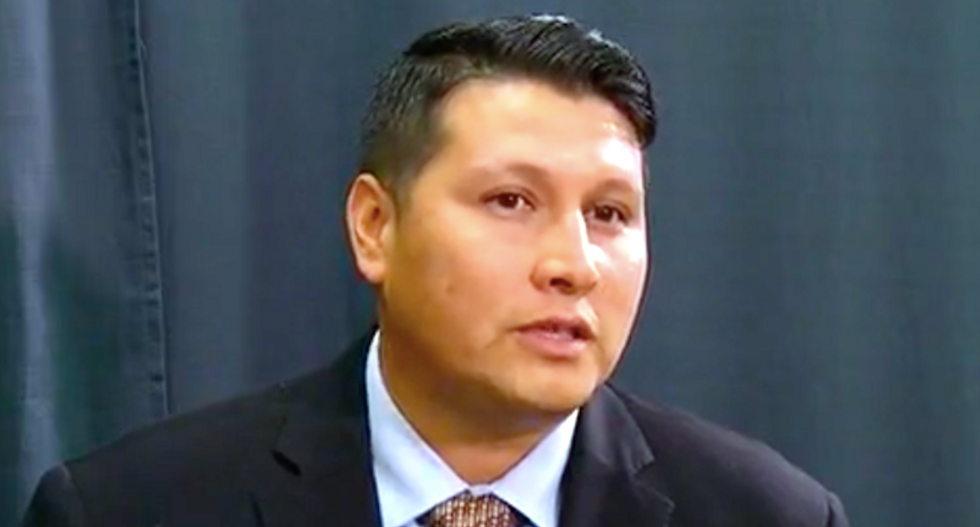 A Minnesota Vikings fan was acquitted of criminal charges after video showed police officers lied about his actions during an arrest last year.

Anastacio Lopez traveled from Texas to Minneapolis in December to watch the Vikings play the Dallas Cowboys, but he admits to getting drunk and becoming unruly, reported KSTP-TV.

Security guards escorted Lopez from his seat and was met beneath the stadium by two Minneapolis police officers -- who shocked him with a Taser and beat him.

Officers Russell Cragin and Anthony Rodin later claimed they were forced to use physical force after Lopez reached for one of their Tasers -- and he was charged with attempted disarming of a police officer.

Lopez denied their claims, and body camera video showed the officers had lied.

The video shows officers throw Lopez to the ground, where they kneed and punched him before shocking him twice with a Taser and then placing him in handcuffs.

Lopez claims he suffered broken bones and severe bruising in the incident.

KSTP obtained the video footage, which was then broadcast and posted online, and Lopez credits the evidence with his acquittal.

Lopez has filed a federal civil rights lawsuit after speaking with others in the Minneapolis area who reported similar police mistreatment.