'There are many ways to find out’: Kellyanne Conway agrees lie detector tests could root out leakers 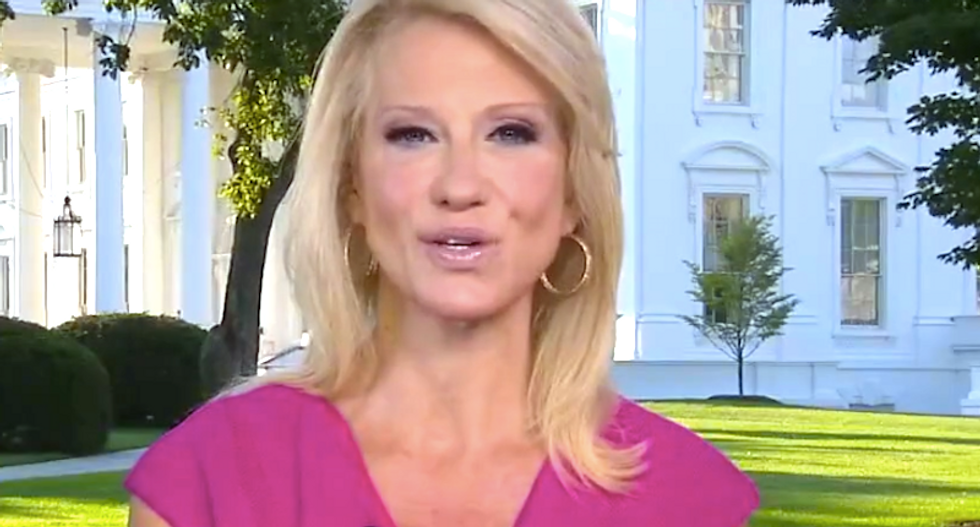 Fox News broadcasters floated the possibility that White House officials should be subjected to lie detector tests to determine whether they had leaked damaging information about the president.

Kellyanne Conway appeared Friday morning on "Fox & Friends," where she warned that leakers could be easily identified because the West Wing is relatively small.

"It's easier to figure out who's leaking than the leakers may realize," Conway warned.

She called for "bipartisan outrage" because she said leaks imperil national security, although she didn't provide any supporting examples.

"Leaking the phone calls between our president and other heads of state is nothing short of a national disgrace," Conway said.

Co-host Steve Doocy said he'd heard an unspecified commentator claim White House officials knew the identity of the official who'd leaked those transcripts to the Washington Post, and he asked Conway whether all presidential aides could face lie detector tests.

"Well, they may, they may not," Conway said. "There are many different ways to discover who is leaking."

She wondered what leakers might possibly have to gain besides currying favor with journalists, and co-host Brian Kilmeade warned they were hurting the president.

"You are hurting the president," said co-host Abby Huntsman.

Earlier on that same episode of "Fox & Friends," contributor Geraldo Rivera also called for broad use of lie detector tests -- whose accuracy has long been disputed -- to identify leakers.

"I don't have the expertise to tell you how many people could have access -- could be somebody high level or someone working the Xerox machine, I don't know," Rivera said. "The feds have ability to give a polygraph under the statutes, they can lie detector everybody they think had any connection with it."