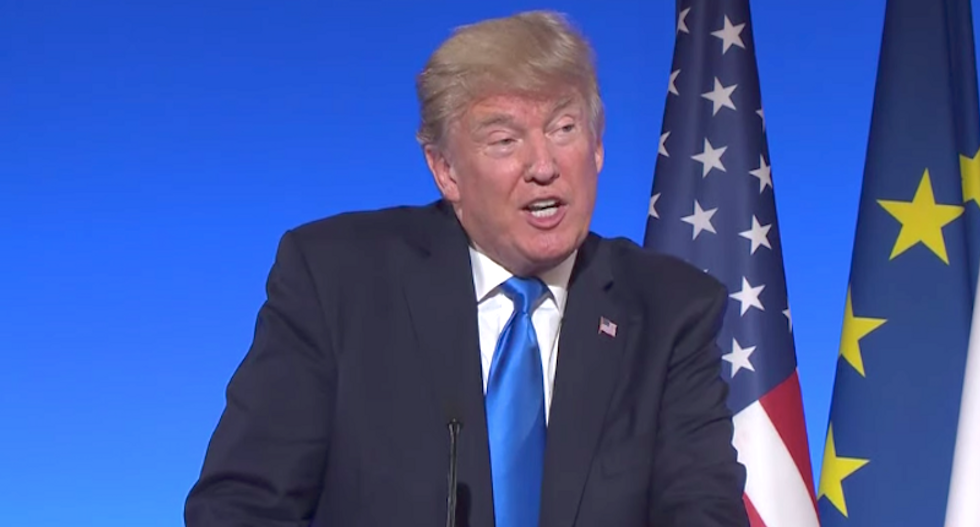 Despite massive media coverage showing the right-wing Boston "Free Speech" rally being a mostly passive march by counter-protesters, President Donald Trump called out the participants as "anti-police agitators" on Twitter.

Writing on Twitter, President Trump commented, "Looks like many anti-police agitators in Boston. Police are looking tough and smart! Thank you."

Trumps comments are at direct odds about a march and counter-protest that broke up early after only a handful of white nationalists showed up -- and those who did were confronted by an estimated 20,000 anti-rightwing counter-protesters.

You can see Trump's tweets below: