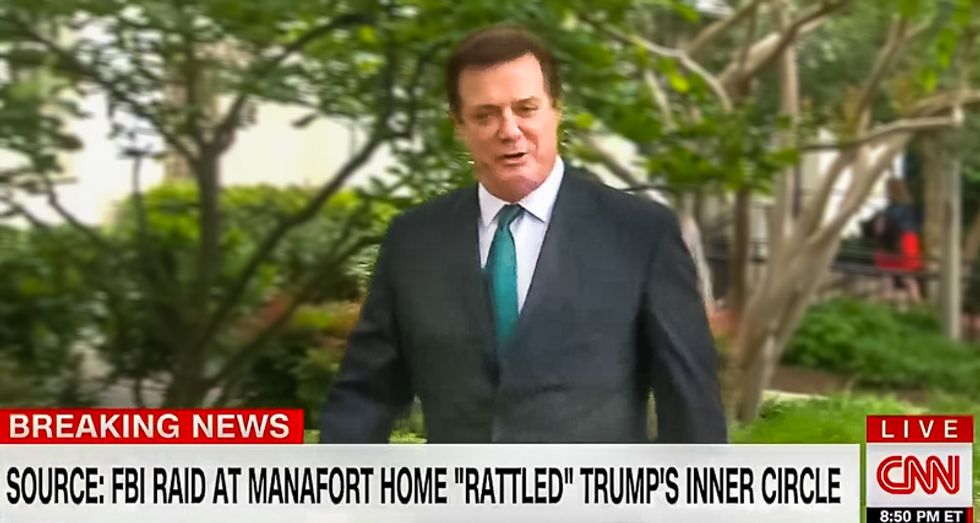 President Donald Trump's inner circle was reportedly "rattled" after learning on Wednesday about a pre-dawn raid on the home of former campaign manager Paul Manafort.

Multiple media outlets on Wednesday confirmed that the FBI had executed a search warrant on Manafort's home last month.

Later on Wednesday, sources told CNN that the news had shaken those closest to the president.

"The raid appears to be unusual since Manafort has repeatedly claimed he is cooperating," CNN host Anderson Cooper noted during his Wednesday night program.

"We're learning about this development at the same time as the Trump team, two sources telling CNN, the news took them by surprise," the CNN host continued. "It was a clear signal that the investigation is going forward, and not necessarily with a light touch."

Cooper added: "Once source says it -- quote -- rattled a few cages of the inner circle."