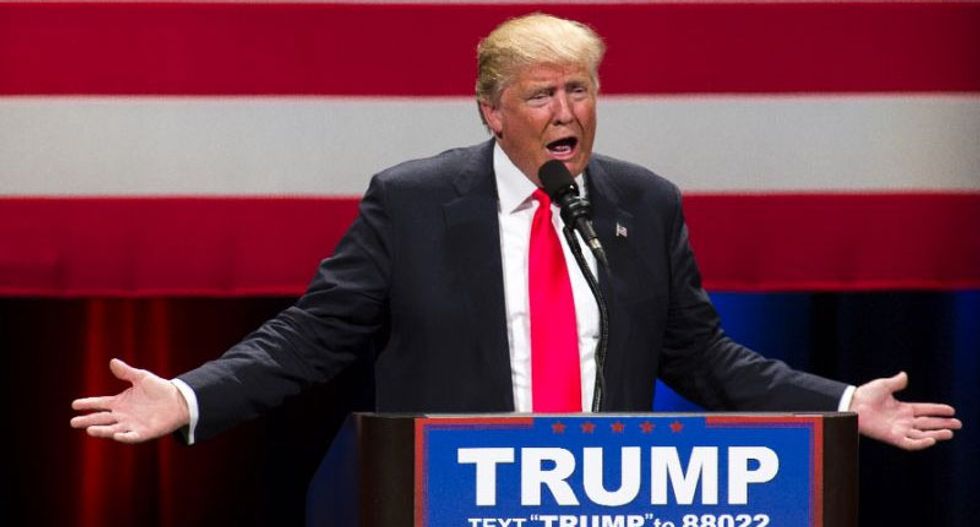 President Donald Trump on Thursday responded to the terrorist attack in Barcelona, Spain, by once again bringing up a false story about an American general executing Muslim prisoners using bullets dipped in pigs' blood.

"Study what General Pershing of the United States did to terrorists when caught," Trump wrote. "There was no more Radical Islamic Terror for 35 years!"

Study what General Pershing of the United States did to terrorists when caught. There was no more Radical Islamic Terror for 35 years!
— Donald J. Trump (@Donald J. Trump)1502995514.0

Trump often talked about Pershing's supposed tactics for executing Muslims during the 2016 presidential campaign. However, as a History News Network article pointed out at the time, there is no evidence that Pershing actually used any pigs' blood on bullets used to execute anyone.

"The story is not true," the network concluded. "There was no mass execution led by Pershing. That is a rumor created on the Internet."

The false story was based on a 1927 newspaper article that claimed Pershing sprinkled some pigs' blood onto living prisoners in the Philippines as a way to frighten them -- before he ultimately decided to let them go free.

"In fact, Pershing was more inclined toward peace talks with the [Muslims] rather than violence," History News Network wrote last year.  "The General met with [them] and read from the Koran with them. Pershing wanted to build bridges. An illustration shows the General in peace talks in the jungles of the Philippines."