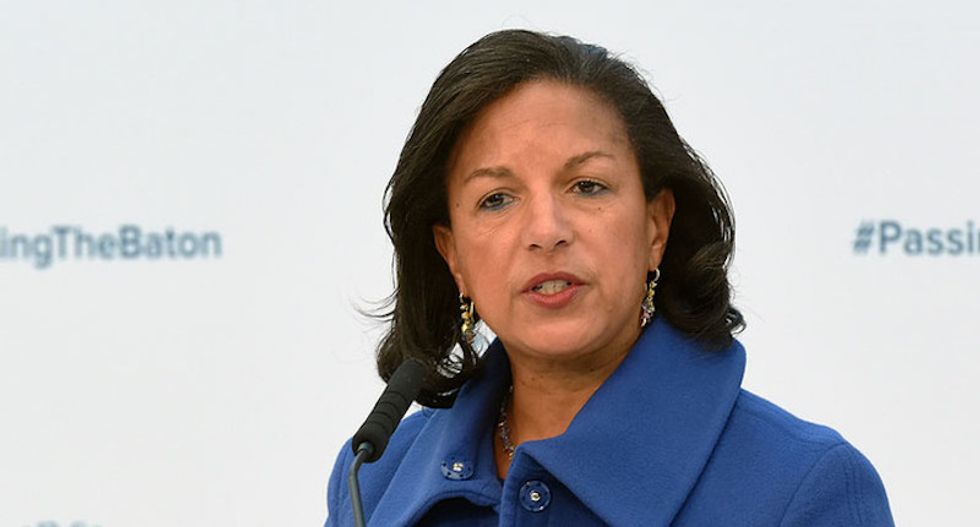 The national security adviser has concluded his predecessor, Susan Rice, did nothing wrong by requesting the unmasking of Trump campaign associates linked to Russia.

President Donald Trump has accused Rice of possibly breaking the law by asking government analysts to reveal the names of campaign associates who show up in intelligence reports on Russian election interference.

Rep. Devin Nunes (R-CA), who led the House Intelligence Committee probe of those campaign ties until he stepped aside over an ethics concern, says he found evidence that Trump transition officials were unmasked and identified through leaks to reporters.

The California Republican said one Obama administration official had made hundreds of those requests last year, and Nunes said the reasons for unmasking were rarely justified.

Rice admits that she requested the names of Americans caught up in foreign surveillance to better understand the intelligence, and rules governing the process are fairly loose.

McMaster has concluded Rice did nothing wrong in requesting those identities, according to two U.S. intelligence officials who spoke to Bloomberg.

The website suggested that might explain why Trump has not yet declassified more information about the Obama administration's unmasking requests.

McMaster replaced Mike Flynn, who was unmasked -- but reportedly not by Rice -- after his conversations with the Russian ambassador were incidentally picked up U.S. surveillance.

Trump is reportedly considering a plan to send McMaster to command forces in Afghanistan.