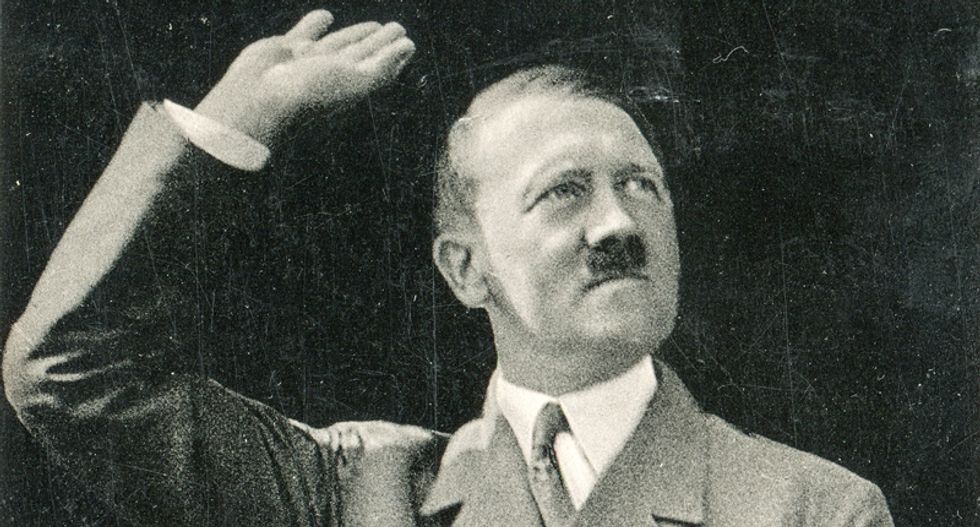 In August of 1932, in the town of Potempa, nine Nazi Stormtroopers murdered a supporter of the German Communist Party, kicking him to death in his own apartment as his family watched in horror. Six were convicted with five receiving the death penalty. After the verdict, Hitler sent them a telegram in which he declared to them his “boundless loyalty.” Shortly after he came to power in 1933, he pardoned the killers. While former Sheriff Joe Arpaio never kicked anyone to death, his pardon by President Trump raises disturbing parallels.

Upon gaining power, Hitler immediately pardoned allies who’d perpetrated ghastly crimes against those deemed enemies of the nation. What do we make of Trump’s pardon of a political ally, a man duly convicted of systemic deprivations of people’s constitutional rights—people Trump never considered part of his America? As a professor of modern German history, this administration seemingly provides such unpleasant reminders of Germany’s dark past on a regular basis. What can German history teach us about this latest episode?  How, for example, did the pardon of the Potempa killers help us better understand Hitler? What implications did it have for development of the Third Reich? And how does that knowledge help us better understand Trump and the danger that his pardon of Arpaio poses for the future of the United States?

Many Americans believe that our long-established legal institutions and traditions will withstand any attempt by Trump to undermine the rule of law. Ours, after all, is a government of laws, not people. But how much comfort should we really take in such traditions? Here, German history provides a frightening lesson. Germans, too, took great pride in the long-established tradition of the Rechtstaat—a state under the rule of law. Here, one may not agree with the law, but one could be confident that it would be applied consistently. What we see with Hitler is his determination to destroy that tradition as well as the remarkable ease and speed with which he was able to do just that.

On February 27, 1933, less than one month after Hitler became Chancellor, the Reichstag building erupted in flames. Blaming the Communists, Hitler suspended civil liberties and gave the police extraordinary powers to search and arrest. He then demanded death for suspected arsonist Heinz van der Lubbe. That arson was not a capital offense did not bother him in the least. After some early resistance, the Justice Ministry wrote the Lex van der Lubbe, retroactively allowing for the execution. Within months, the centuries-old Rechtstaatwas giving way to a system in which the law and the will of the Führer were one.

When Hitler pardoned the Potempa killers and persuaded his Justice Ministry to compose the Lex van der Lubbe, he sent two clear messages. First, his pardon of the Potempa killers made clear the boundary of Hitler’s national community. Communists were excluded. The significance of the boundary that separates ‘us’ from ‘them’ is in the value that one places on the lives of those beyond that border. For some, their fate was of no concern. For others, say, Communists or Jews, killing them was, in fact, good.

With his demand for the Lex van der Lubbe, Hitler announced that in the Third Reich, the law would serve the needs of the national community. And it was for Hitler to determine what those needs were. Over time, actions within this lawless environment would radicalize such that torture, violence, and periodic murder grew more frequent and systematic until it rose to the level of genocide. Fortunately we’re not at that level yet, but at least with the German experience we have an example of where things can lead if left unchallenged. What should we take from that experience for our current situation?

What kind of person did the President first praise, and then ultimately pardon? Who is Joe Arpaio, the former Sheriff of Maricopa County, Arizona? Here was a man who regularly practiced racial profiling in his obsessive search for undocumented Latinos, terrorizing an entire ethnic community. And when ordered by a federal court judge to stop the practice, he refused, and continued to violate the constitutional rights of American citizens. He brought back chain gangs. His guards tormented and beat inmates mercilessly, at times to the point of death. He also boasted about operating a “concentration camp”—a tent city he built, where inmates would experience the 110-degree-heat of the Arizona desert without air conditioning. And to sum up his attitude toward the law, he dismissed criticism as “civil rights crap.” For not one of these instances did Joe Arpaio ever apologize, or even indicate any sense of remorse.

What message is Trump sending with his pardon of such a man? By pardoning someone who so brazenly and unapologetically violates peoples’ constitutional rights and ignores any judicial efforts to bring him in line, the President signals that the law is for him and those who think like him to determine. No court should be able to check that power. By pardoning a man who so mistreated certain populations in particular, he’s telling us that the law does not apply equally. Certainly Latinos receive a very frightening message that the President clearly does not feel the same concern for their well being as he does for other, whiter Americans within the boundaries of his ideal national community. To this German historian, the implications are ominous.

Where did such an approach to the law lead in Germany? Just one year after the Potempa pardons, during what became known as the Night of the Long Knives, Hitler had some 80 leading Stormtroopers and around 200 other people with whom he had various scores to settle arrested and shot without trial. Within days, Justice Minister Franz Gürtner, who’d already agreed to the Lex van der Lubbe the previous year, now approved a law that retroactively legalized the murders as an exceptional measure in defense of the state against treason.

Again, Joe Arpaio did not kick an innocent person to death like the Potempa killers did, though many people did die needlessly and agonizingly while in his custody. But in a healthy liberal, democratic society governed by the rule of law, should that really be the standard? Clearly Arpaio violated even the most basic standards of respect for the law and brought untold misery to thousands and thousands of people who had not been convicted of any crime. Potempa should not be the measure of what constitutes unacceptable behavior. We already have a clear example of our own in the behavior of Joe Arpaio and the approval of that behavior by President Trump. And that should be more than enough. Because once we reach the level of Potempa, it may well be too late to recover.

Richard E. Frankel, Associate Professor of Modern German History at the University of Louisiana at Lafayette, is the author of Bismarck's Shadow: The Cult of Leadership and the Transformation of the German Right, 1898-1945.