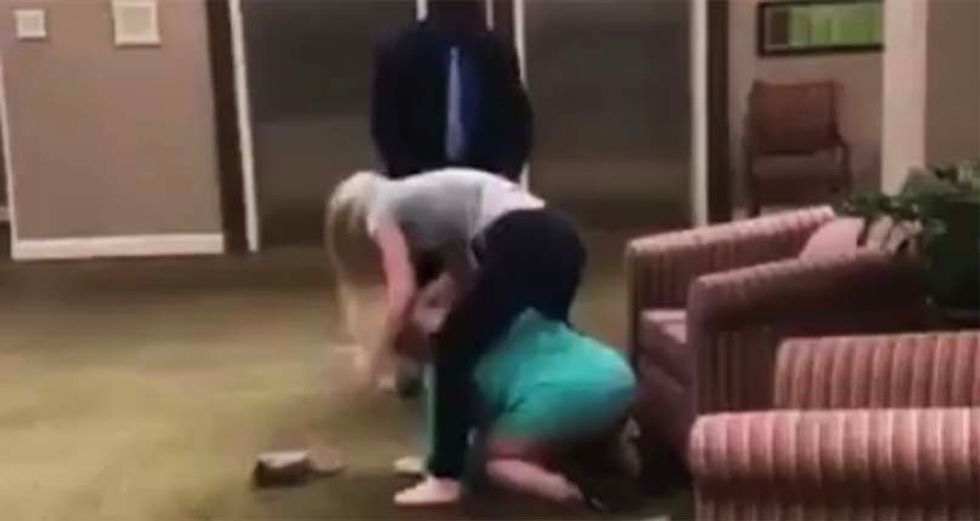 The Florida woman seen cursing and beating an elder female in a hotel lobby after the victim reportedly made a racist comment about Haitians, has claimed that she was standing up for minorities by using her "white privilege."

The viral video, which was posted to Facebook by a user named Austin, showed Colleen Dagg launching herself at the woman and punching her to the ground while cursing her.

According to Austin, "Ok so lady in the blue sundress said something super racist about how 'you know these Haitians' and sis in the gray was not having it. She then lied to the police and said the other girl started it, when everything was caught on video."

Following the fight, police were reportedly dispatched to the hotel.

After the video went went viral, Dagg took to Twitter to give her side of the story.

"This is a young country built on racism," Dagg wrote. "Black people have been disenfranchised for over 250 years. The faster white people accept and validate the truth, the closer we'll come to a place of peace and understanding.

"Fighting racism is dependent on me using my white privilege for the right reasons," she added.

"The white woman tried to use her white privilege on me, the fact that I am white too seemed to have slipped her mind," she wrote, adding, "If you see it, say something."