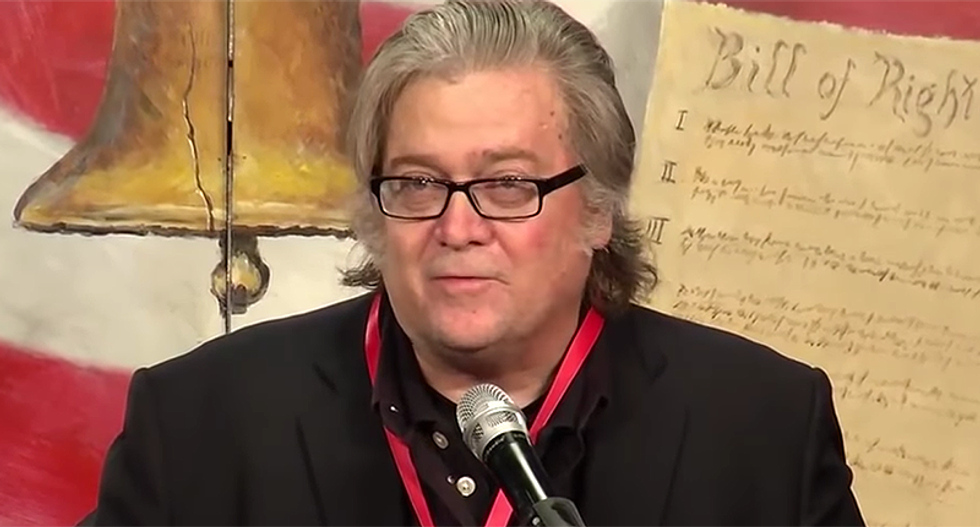 The Vatican singled out Steve Bannon for stoking "apocalyptic" fears and warned that ultraconservative American Catholics were becoming dangerously similar to jihadists.

An article published in a Vatican-vetted journal by two close associates of Pope Francis warned that hardline American Catholics were forming a dangerous alliance with right-wing evangelical Christians, reported the New York Times.

The journal's editor, Rev. Antonio Spadaro, and an Argentine Presbyterian minister, Marcelo Figueroa, warned that manipulating the church for political gain was “not too far apart" from radical Islam.

The authors also strongly criticized Bannon as a "supporter of an apocalyptic geopolitics."

It's not clear whether the article in La Civiltà Cattolica received the Pope's direct blessing, but Spadaro is a longtime confidant of Francis' and Figueroa is a friend and longtime collaborator of his.

Conservative American Catholics have pushed back against the article, calling the authors "useful idiots," and one hardliner in Rome who admires to President Donald Trump's chief strategist accused the journal of "trolling Steve Bannon."

Bannon has been cultivating a bond with right-wing Cardinal Raymond Burke, who has openly challenged the pope, and shared his apocalyptic vision of the world in 2014 during a Vatican conference.

He has also developed a base of ultraconservative support in Rome, which has a bureau for the right-wing Breitbart News site Bannon ran before joining Trump's campaign.