WATCH: Avowed eugenicist uses Charlottesville as a springboard for US Senate run 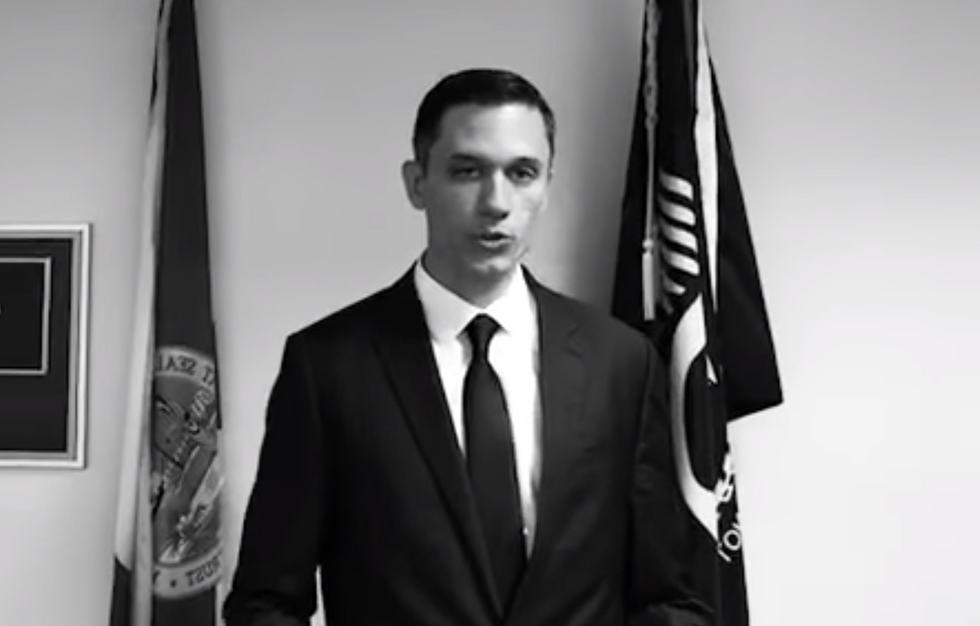 Augustus Invictus, an avowed eugenicist, is using the violence perpetrated by white supremacists in Charlottesville, Virginia, as a springboard for his political ambitions.

Via Miami New Times, Invictus posted a video announcing his candidacy for the Republican nomination for the U.S. Senate in Florida late last week -- and he explicitly tied his candidacy to the events in Charlottesville.

In particular, he said people on the left were responsible for all the mayhem that occurred in Charlottesville -- despite the fact that it was a white nationalist who plowed his car into a crowd of people and subsequently killed counter protester Heather Heyer.

"It is... unlikely that anyone could have been surprised at the events in Charlottesville this weekend," Invictus says in the video. "The left has been physically attacking patriot gatherings, free-speech rallies, and protests of the destruction of our heritage in the South."

In the past, Invictus has written screeds against the United States government over its decision to abandon "its eugenics programs & elitist mindset in favor of a decadent ideology that rejects the beauty of strength and demands the exponential growth of the weakest, the least intelligent, and the most diseased."

Invictus was a speaker at the Charlottesville rally, and he unsuccessfully ran as a Libertarian against Sen. Marco Rubio (R-FL) in 2016.

Watch the video of Invictus' campaign announcement below.