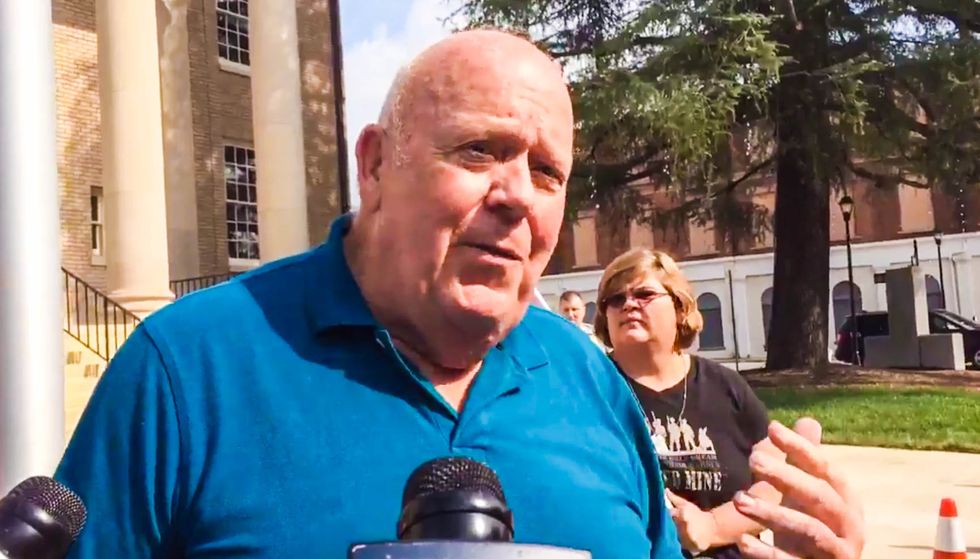 A supporter of Confederate statues told reporters on Thursday that it was unfair to paint the monuments as racist -- and then almost immediately went on a racist rant about Martin Luther King.

In making his case for the flags to stay, Walker insisted that there was nothing racist at all about Confederacy symbols, before he completely undermined his case by making racist statements.

Cho reports that Walker's lawsuit was subsequently dismissed after a judge ruled that Walker could not prove he suffered any personal harm from the removal of the flags.