'We'll make our own': White supremacists starting tech companies after being banned by Silicon Valley 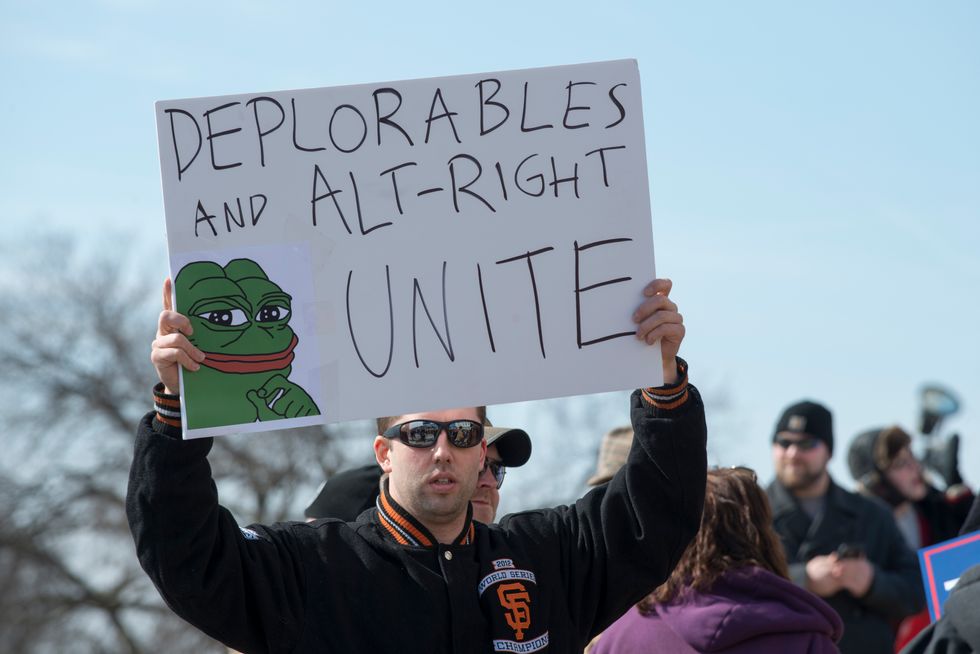 An alt-right protester holds a sign in favor of unity between Trump supporters and alt-right members (image via Wikimedia Commons).

In response to massive Silicon Valley companies like Airbnb pushing them out for their bigoted ideologies, far-right figures are filling the gaps by founding their own startups.

According to the Los Angeles Times, Airbnb's cancellation of accounts hosting properties for the "Unite the Right" rally scheduled this weekend in Charlottesville, Virginia has caused some enterprising members of the right to respond as they have in the past -- by ponying up the money and time for their own platforms.

Silicon Valley has become the right's new favorite punching bag following Google's expulsion of the engineer who wrote the infamous so-called "diversity manifesto," and their fight with Airbnb has only intensified the enmity.

“We’re getting banned from using payment-processing services, so we have no other choice,” said right-wing activist Tim Gionet, who goes by his handle “Baked Alaska,” and who is scheduled to speak at the Charlottesville rally. “If that’s the gamble they want to take, I guess they can, and we’ll make our own infrastructure.”

Gionet's idea is far from new. After many alt-righters were banned from Twitter last year, the report notes, they moved to another platform -- Gab, a social network that bills itself as "an ad-free social network for creators who believe in free speech, individual liberty, and the free flow of information online."

“The market is owned and controlled and operated by the oligarchy of Twitter and Facebook and Google,” Gab’s founder, Andrew Torba, told the Times. "The reality is hate speech is free speech."

Gab is joined by other sites founded in response to users being kicked off for violating anti-discrimination rules such as "Hatreon," a crowdfunding platform built after right-wingers were barred from raising money on the popular site Patreon.

In the past, the tech-savvy right's attempts at creating their own platforms (and, once, even their own utopia) have soured. Their flagship website, Breitbart, has seen plummeting readership as some of their more hard-lined members turn on on various points of President Donald Trump's agenda.