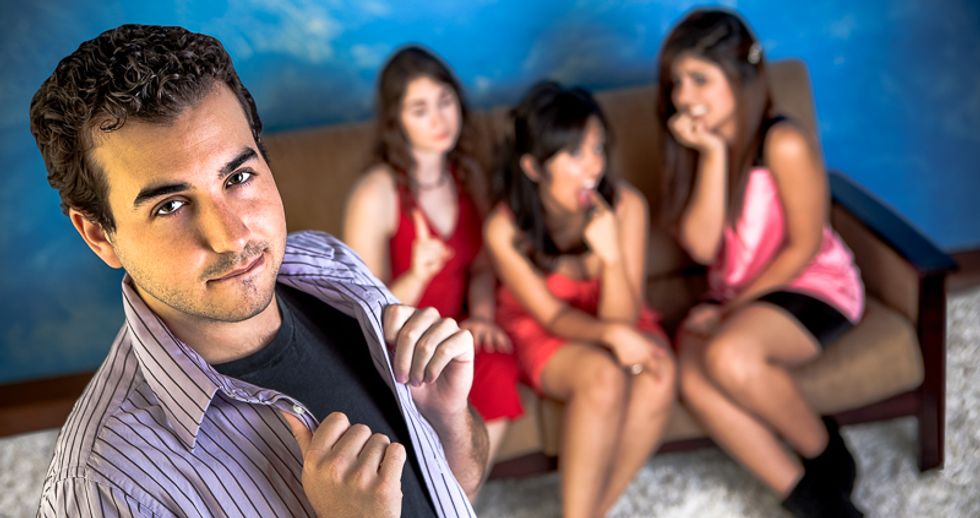 A website which advertises itself as a voice for women "who do not give a f*ck" has responded to the sexual fantasies of neo-Nazis following violent demonstrations over a Confederate War statue in Charlottesville, Virginia.

Writing for Babe.net, author Dana Schwartz noted that the white supremacist website Daily Stormer had enourcaged the neo-Nazis and other racists who marched on Saturday night to "go out and enjoy yourselves" later that evening.

"If you’re at a bar in a group, random girls will want to have sex with you," the Daily Stormer advised. "Because you’re the bad boys. The ultimate enemy of the state. Every girl on the planet wants your dick now."

Schwartz summed up the feelings of "all women" with one word: "BAHAHAHAHAHAHA"

In her column titled, "We’re not going to fuck you, you Nazi losers", Schwartz rips those who backed the white supremacist actions in Charlottesville as "khaki-and-New-Balance wearing Cheeto-breathed ogres with bad haircuts and worse facial hair who think white men have it harder than anyone else right now and think the only people who understand them are the YouTube gamers who think saying 'faggot' is edgy, and brave."

"If you’re a 20-year-old pretending to be a Nazi, you’re not a bad boy; you’re a racist virgin so humiliated by his own sexual inadequacy and terrified at rejection that you’ll blame your feelings of weakness on some unseen Liberal Agenda," she continued, observing the irrational thought process behind the Daily Stormer's post:

The people with Nazi flags at this rally are actually liberals trying to make us look bad. A girl rejects you? She’s a cunt who’s just looking for some guy to cuck. You’re too alpha for that. People at your college don’t seem to be celebrating you for the free thinking rationalist genius you are? They’re all brainwashed idiots.

This is your community. You are an alpha male, and the feminists are trying to ruin it. And if you do Trump Supporter right, you’ll get all the best submissive blonde pussy you could ever want. How fitting that Trump would be their deity, a fat golden calf in his phallic tower on his third beautiful wife, like a cartoon drawing of Playboy’s target audience in the 1950’s.

Schwartz concludes: "And so, I take it upon myself to make it very clear that women do not want to fuck the neckbearded neo-Nazi who fancies himself an edgy anti-hero whose only hobby is the internet. We see you, and we are disgusted by you. We are laughing at you."

"The community will come together to shame you: your bosses, your colleagues, the girl you’ve had a crush on since middle school who seems to ignore nice boys like you. She doesn’t ignore you because you’re “nice.” She ignores you because you’re a racist piece of shit who hasn’t showered in four days."