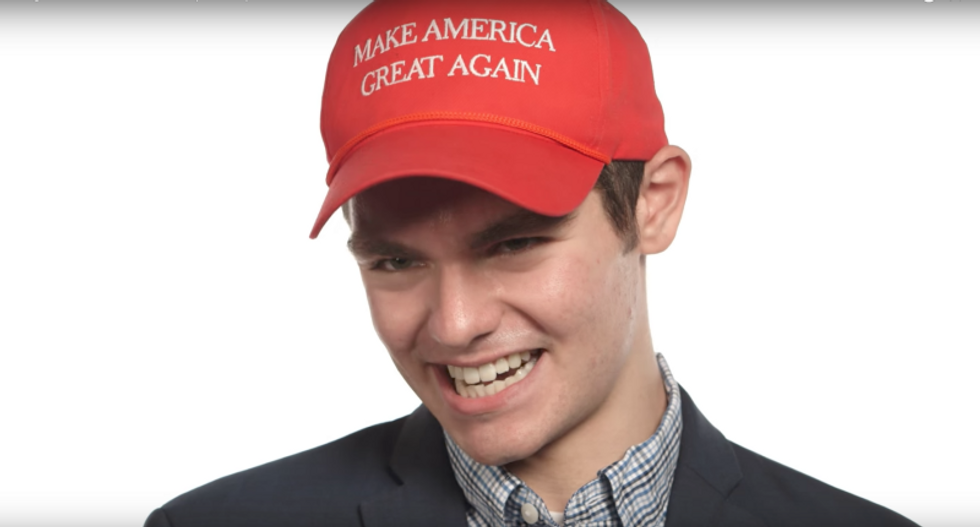 Facing intense backlash after his participation in the "Unite the Right" rally in Charlottesville, VA that claimed three lives, a white nationalist and prominent supporter of President Donald Trump has dropped out of Boston University.

“Massachusetts, and Boston in particular, are among the most left wing states and cities,” Nicholas Fuentes told The Boston Globe. “Probably anywhere I would go would be safer than Boston.”

"I believe that race is a big part of a person’s identity and with any other group, that’s OK ... the only people where that’s not OK is European people," claimed the former student of Mexican lineage.

Boston University publicly condemned those who participated in the neo-Nazi rally.

"It is clear to me, and I believe it a view that is broadly shared in our community, that a claim of inherent racial or ethnic superiority is abhorrent," Boston University president Robert A Brown noted. "We must, I believe, explicitly denounce white supremacist and neo-Nazi groups that make such claims."

"You can call us racists, white supremacists, Nazis, & bigots. You can disavow us on social media from your cushy Campus Reform job," Fuentes wrote from Charlottesville the day of the violence.

"The rootless transnational elite knows that a tidal wave of white identity is coming. And they know that once the word gets out, they will not be able to stop us," Fuentes continued. "The fire rises!"

"Especially big hand to all the self hating white people willing to sell their people down the river for the dopamine rush they get when they talk about "racism" online and dumb liberal women like/comment," he wrote the day after Charlottesville.

“Everyone is a little shaken up,” Fuentes told Fox News. “The political climate has become so intense and so violent and toxic.”

Fuentes claims he will be attending Auburn University for the "friendly territory" of Alabama.

Fuentes whined about the backlash he has received in a interview with Time: