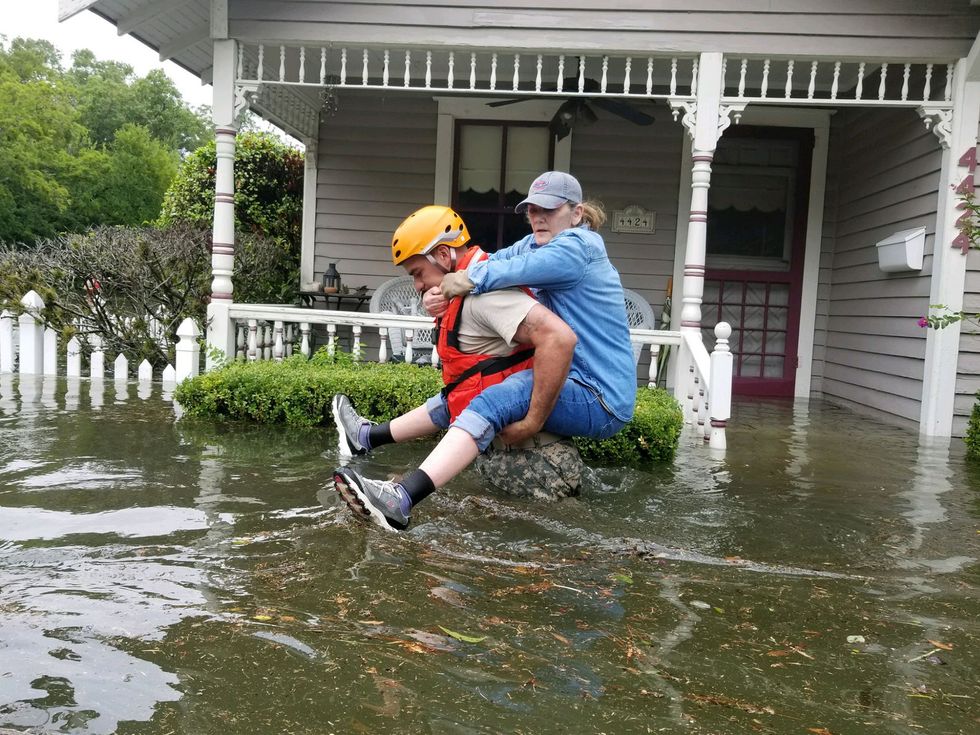 As with every disaster both man-made and natural, people outside of Houston are scouring the web for charities to whom they can donate in the wake of the deadly Hurricane Harvey. Through the chatter, however, one theme has emerged -- news organizations urging readers to avoid donating to the American Red Cross.

News sites across the political spectrum, from Slate to the New York Times and Democracy Now! to Bloomberg, have published editorials in recent days detailing the reasons users shouldn't give their hard-earned cash to the well-known and mostly-beloved charity. Their main evidence? The organization's terrible response to Hurricane Katrina in 2006, the Haitian earthquake in 2010 and Hurricane Sandy in 2012.

In an article published on Wednesday, Bloomberg noted that ProPublica has uncovered the ARC's shady spending practices.

"Not only is the charity less than transparent with how it has used donors’ money," the Bloomberg report reads, "it has been intentionally misleading. Its claim that 91 cents of every dollar goes to disaster victims was called 'not true' by NPR and ProPublica. The organization even went so far as to say its spending practices were 'a trade secret.'"

Beyond criticism of their financial structure, the organization has always been criticized for the way they handled the many climate change-fueled disasters in recent years. One of the widest-shared figures recounts how the organization claimed to have provided housing for 130,000 people in Haiti after the 2010 earthquake, but had only built six houses.

Journalists who witnessed the ARC's poor responses to natural disasters. Dan Gillimor, a veteran reporter and professor at Arizona State's Walter Kronkite School of Journalism, advised people not support the organization based on their poor track record, as did Slate's Jonathan Katz.

"ARC was roundly blasted in the U.S. for its shambolic response to 2005’s Hurricane Katrina, with international observers warning that elements were so bad that they verged on criminal wrongdoing," Katz, who was on the ground in Haiti when the earthquate hit, wrote. "Seven years later, despite an internal retooling effort, it failed again in 2012’s Superstorm Sandy and Hurricane Isaac. (The response was 'worse than the storm,' one Red Cross driver told ProPublica during its jaw-dropping investigation.)"

The good news is that the ARC is far from the only organization providing relief to Harvey's continuously-growing list of victims. As NPR reports, there are dozens of organizations, many specialized, that are on the ground in Houston.

Raw Story's picks for some of the most worthy local and national charities responding to Harvey are The Center for Disaster Philanthropy, The Greater Houston Community Foundation, Feeding Texas, the Texas Diaper Bank and Austin Pets Alive!.

In addition to monetary donations, many people are working to donate menstrual products to people in Houston who have had to do without since the storm hit.

You can find a search through a large list of charity organizations to donate to via Charity Navigator as well.