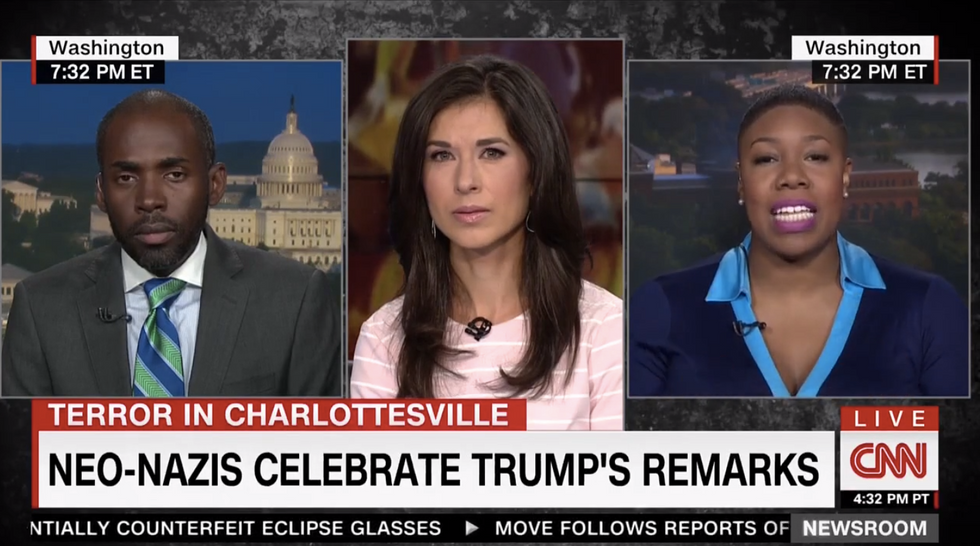 Dennard continued with the line of argument he advanced on Saturday, that Trump's vague, boilerplate remarks about the Charlottesville terror attack -- in which he blamed "many sides" for the violence -- provided sufficient condemnation for the violent hate groups the converged on Charlottesville.

"Ana, if I may," said Sanders, "the appropriate time would have been when someone lost their lives at the hands of white supremacy and that was yesterday. A young woman is dead because neo-Nazis, white supremacists took it upon themselves to take up arms and -- quote, unquote -- 'take back their country.'"

She continued, "What we have seen is these neo-Nazis and these white supremacists have seemingly aligned themselves with the current president of the United States. I'm not saying that our president is a white supremacist, but currently it seems as though he is hesitant to denounce this specific group of people and that is dangerous. Words matter."