'You don’t care about those kids!’: Watch Houston activist throw cash at school board members only interested in salaries 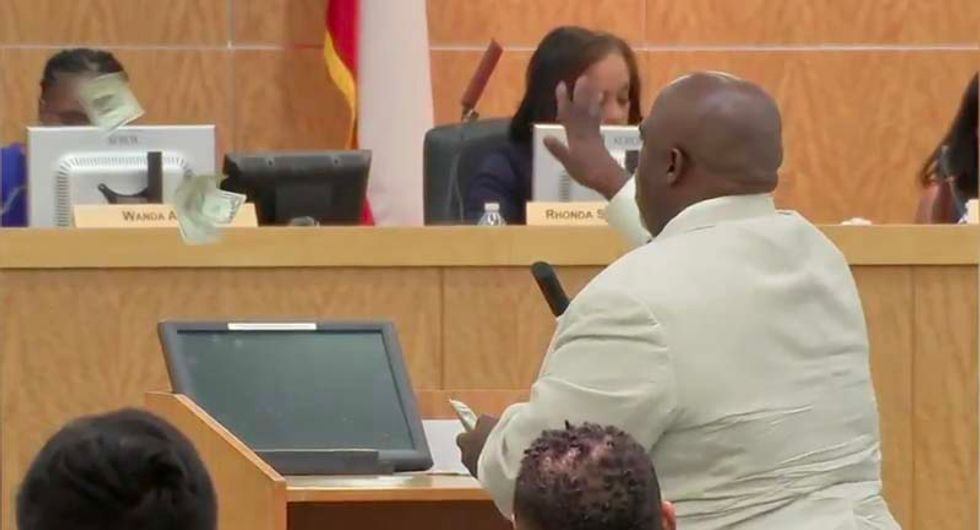 A Houston area school activist took his local school board to task on Thursday for being more concerned with administrator's salaries than the students, throwing money at them at a public meeting.

According to The Root, community activist Gerry Monroe tossed money at the board members after criticizing the way decisions are made.

The Root notes that Monroe has previously been critical of the high salaries of the board members and Houston ISD administrators, posting a "HISD Top Paid Employees" Google document on his Facebook page.

Monroe is a “consistent challenger of school closings and advocate for district improvements [who] points to disparities in funding, corruption in the awarding of contracts, and accessibility,” writes HoustonJustice.org’s Durrel Douglas.