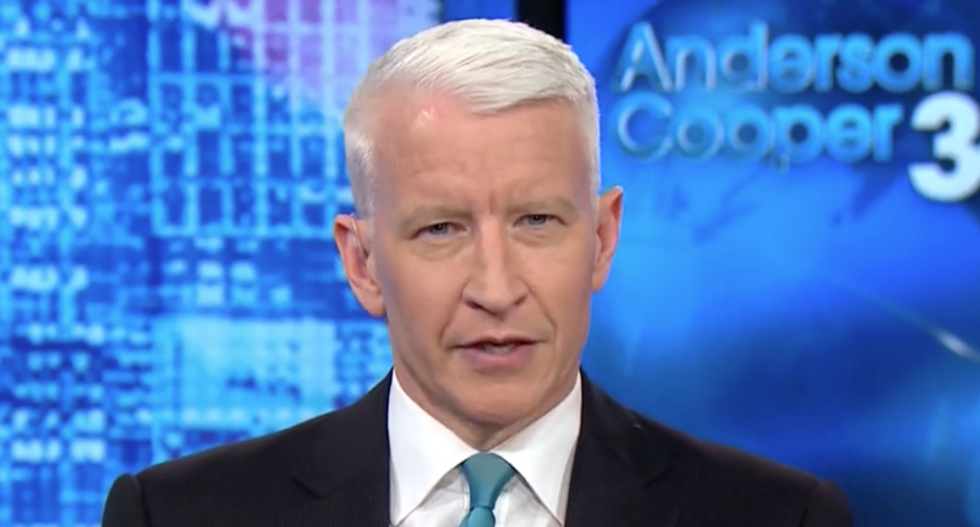 CNN’s Anderson Cooper on Wednesday resurrected his “Ridiculist” segment to mock Donald Trump for referring to a country that does not exist during a United Nations lunch with African leaders.

Nambia is not a known location on this, or any other, planet.

“Tonight we're traveling to a magical land far, far away. A place so special it's almost like it doesn't exist.” Cooper said, before explaining the president “straight up made up” a country.

Taking note of Trump’s apparent flub, Cooper pointed out it may appear to be a “slip of the tongue,” but in reality “he thinks there's a place called Nambia.”

“Maybe it's a combination of Namibia, which is a real place, it’s lovely—I went there for Christmas one year, and Narnia, which is not and I wish it were, and I would love to go there if I could only fit through that wardrobe,” Cooper suggested, later adding, “I guess if you’re the president you can just say them however you want.”

“I just want to remind you he was speaking to African leaders,” Cooper continued. “And oh, by the way, the president might want to take a little break from checking his favorite app tonight—because the Twitter people, they're on this.”

Cooper then read a few tweets poking fun at Trump including, “Nambia, the world's top producer of covfefe,” and “Nambia is truly beautiful this time of year. Everyone should visit at least once in their lives. Just take Psilocybin to get there.”

“If I can learn how to pronounce Psilocybin for a friggen Ridiculist, I think the President of the United States can learn to pronounce the names of other countries,” Cooper opined. “Or at least the ones that exist.”