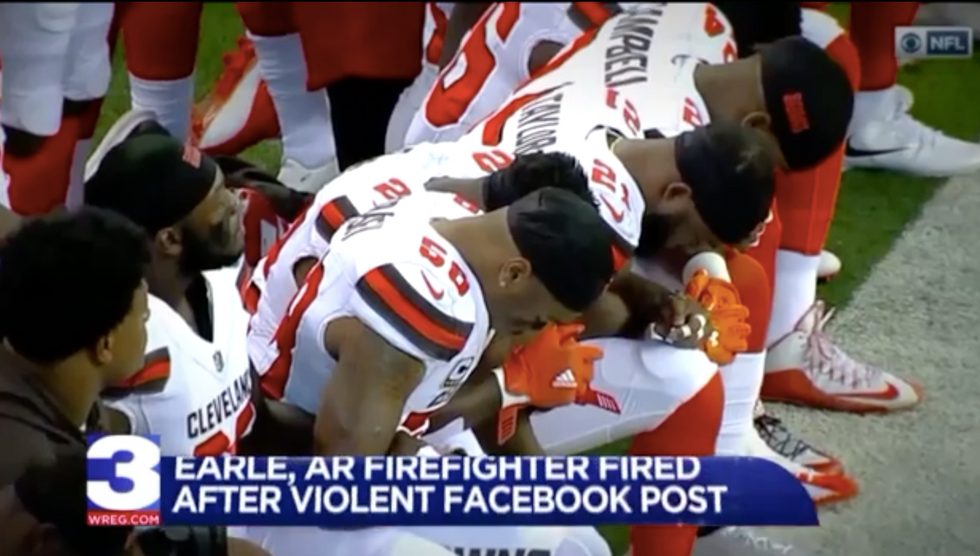 An Earle, AR volunteer firefighter has been relieved of duty after he went on a racist rant against black athletes who protest police violence during the national anthem, according to Little Rock's News Channel 3.

Jonathan Marotti was dismissed by the Earle fire chief after he wrote on Facebook, "Trump should post snipers at the game and each player that takes a knee or sits in the lockerroom should b [sic] shot in the head."

He went on to rage that "Obama lovin snowflakes" ought to be "shot on sight."

Earle business owner William Davis said, "He should not have made those remarks...you're talking about people's lives."

President Donald Trump has seized on conflict with black athletes and their supporters, critics say, as a way to rally his base and shore up his sagging abysmal approval ratings.