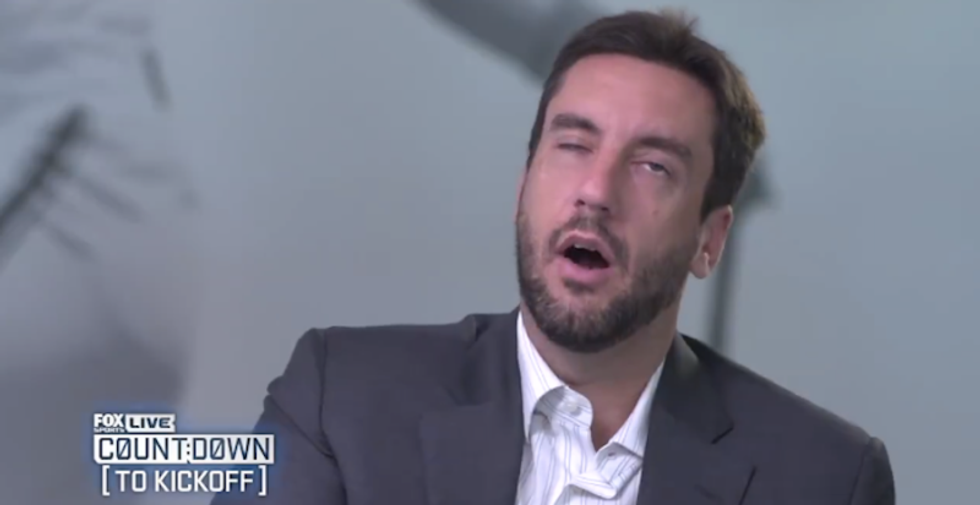 On Twitter, sports pundit Clay Travis, who infamously exclaimed "I love boobs!" in a segment with host Brooke Baldwin just a few hours ago, claimed the network has invited him back on for next week following the gaffe.

"CNN is so offended that they already called me and asked if I could come back on Monday," Travis wrote on Twitter. "Too perfect."

During the segment, which was about the White House calling for the firing of ESPN anchor Jemele Hill after she called the president a white supremacist, Travis offered up a bizarre non-sequitur about breasts.

After Travis reiterated his affection for lovely lady lumps multiple times, Baldwin, the host, put her foot down.

CNN confirmed to Raw Story that "he has not been invited back on" the network. In a statement a spokesperson said "Clay Travis was not booked again on CNN. Prior to his appearance with Brooke Baldwin, he had been tentatively scheduled to appear Monday on HLN. That interview has been cancelled."

Watch the bizarre exchange below, via CNN.