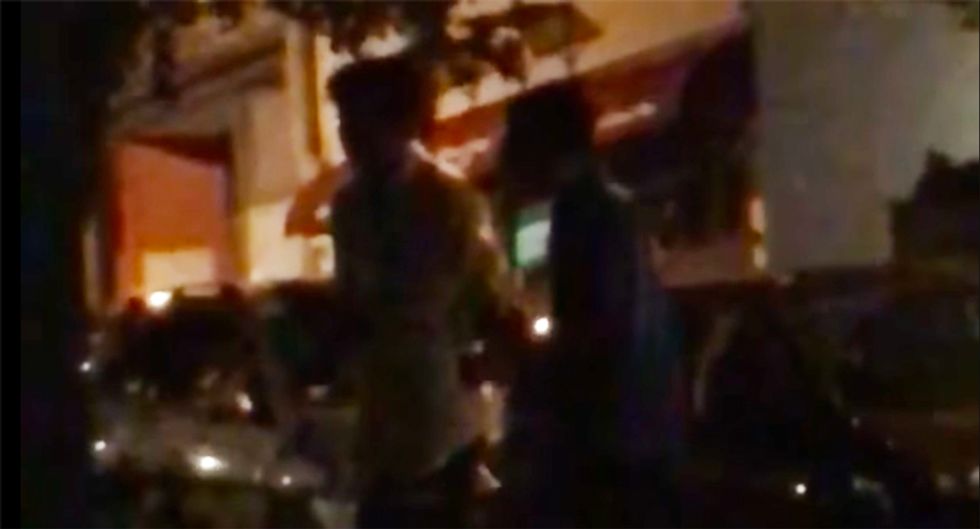 A Cornell student has been taken into custody following a street brawl where he taunted his victim with racial slurs.

According to the Cornell Daily Sun, a black Cornell student who asked not to be identified said he attempted to break up a street fight involving some of his friends outside of his residence on Friday night, when he was assaulted.

According to the student, the four or five white men began to leave before they started taunting him.

“They said ‘F*ck you, n*gger,’ over and over, as they were leaving,” he explained before adding, "Four or five of the guys came up and started punching me in the face repeatedly. I was pretty bloodied up.”

According to another student, he was also harassed by the group that same evening.

“You might be a sand-n*gger black, but you’re not black” one man says in the video, before adding, “Come fight us, n*gger.”

According to Ithaca Police spokesperson Lt. John Joly, the department is reviewing video of the incident and have so far arrested one student on charges on third degree assault, stating, "There were no significant injuries reported as a result of this incident.”

The university is also reviewing the video (which can be seen below) and investigating the students involved.