Ex-Sec of State blasts Trump’s voter fraud panel: It's based on the 'biggest lie a president has ever told’ 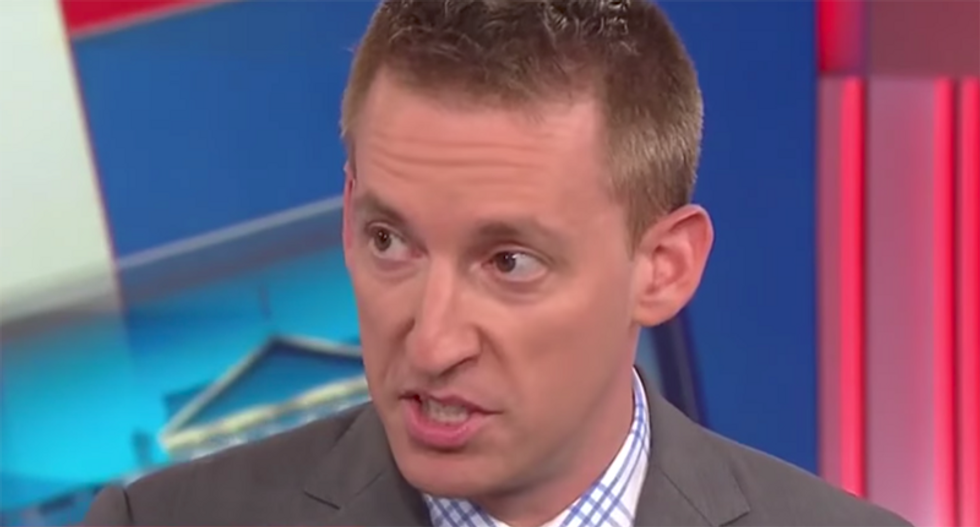 The former chief elections officer for the state of Missouri had harsh words for President Donald Trump's voter fraud commission.

After the meeting Kobach told press he would not correct or retract his article in Breitbart. He says he stands by it.
— Jessica Huseman (@Jessica Huseman)1505251697.0

Tapper explained that "the head of that commission, Kris Kobach, is columnist for Breitbart in addition to being Secretary of State of Kansas, and he recently claimed in a Breitbart story, 'it appears out-of-state voters changed the outcome of the New Hampshire's race.' Dave Weigel at the Washington Post looked at some of these voters who didn't have New Hampshire driver's licenses and within an hour he says he was able to find four that were college students in New Hampshire and did not have New Hampshire's licenses but were legally able to vote."

"Secretary Kobach lied, I mean that's what he did, he went out and he lied," Kander charged. "More than that, what he did was he accused --

completely unfairly -- thousands of college students from New Hampshire ... of being criminals, I mean that's what he did."

Kander said he was among 200 people protesting the voter fraud commission meeting in Manchester.

Political commentator Amanda Carpenter says that this commission is a result of Trump's claim that he would've won the popular vote were it not for voter fraud.

"He's creating interest in this story for the next election, I'm certain of it," Carpenter predicted. "It's how he gaslights America over and over again."

"The other way to look at that is that he told a really big lie, the biggest lie," Kander noted. "Let's stop and think about how bad that is."

"That means that the biggest lie, in my mind, that a sitting president has ever told, was met with a presidential commission of theatrics to try and justify the lie," Kander noted.

"The commission is step one, it is convincing the American people that American democracy doesn't work, so that they can then take laws that make it harder to vote and spread them all around the country," Kander predicted. "It's the core of Trump's re-election strategy."