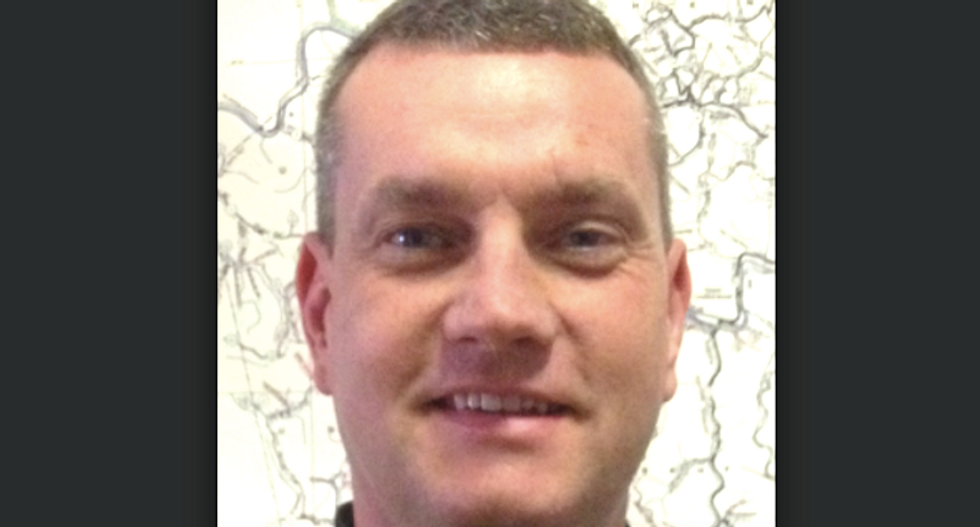 An off-duty West Virginia deputy allegedly announced "f*ggots will burn in hell" after an openly gay high school student boarded the bus he was driving.

Clay County sheriff's deputy Robert Belt was dressed in full uniform when he made comments Sept. 5 over the school bus intercom as the student boarded and sat down, according to a Facebook post by the Nelson County (West Virginia) Democratic Organization.

"No f*ggot activity will be permitted on this bus," Belt said, according to witnesses. "In my Bible it states that 'f*ggots will burn in hell,' and I will not condone it."

A parent heard about the alleged comments Friday and reported the deputy to the Clay County High School vice principal, Alan Tanner, who then notified the director of transportation.

The school superintendent confirmed the incident was under internal investigation but declined to comment further, reported WSAZ-TV.

Three students have given statements to the school counselor about the incident, according to the Democratic group's Facebook post.

Belt continues to drive a school bus part-time and work full-time as a deputy, the social media post said.

He ran unsuccessfully for Clay County sheriff last year, and he was named in a civil rights lawsuit eight years ago.

A Clay County man accused Belt of engaging in a harassment campaign after he asked the deputy to remove his boots when he came to pick up some items belonging to a mutual relative.

"'F*ck you and your white carpet,'" Belt told the man, according to the federal civil rights suit.

The suit claims Belt then beat the man with a flashlight, and he says the deputy unlawfully stopped him multiple times and physically assaulted him over a period of months.

It's not clear how that 2009 suit was eventually resolved.