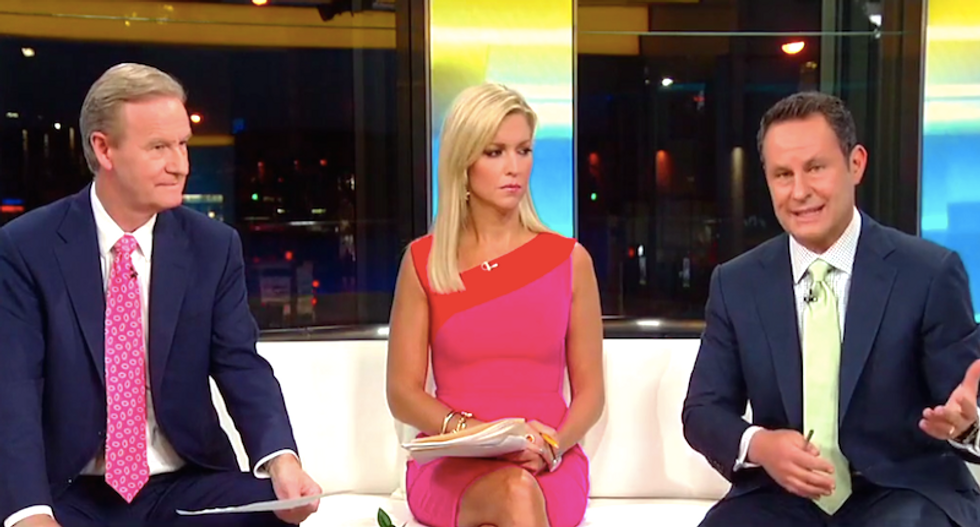 Co-host Brian Kilmeade clarified up front that he thought it was "outrageous" for players to kneel during the National Anthem, but he questioned Trump's choice of words.

"He made things immeasurably worse by speaking out," Kilmeade said. "I know what his intention was, but the language used was just galvanizing the wrong direction."

Earhardt quickly backpedaled, telling viewers -- including, possibly, their most famous fan -- that Trump was seen as the voice for many Americans.

Kilmeade asked Earhardt if she believed Trump's comments were appropriate, and their co-host Steve Doocey stepped in.

"Clearly, what the president did was, and I read this on an op-ed page, President Trump has taken the side of the flag and anthem and provoked millionaire athletes to oppose the symbols of patriotism, like the National Anthem," Doocey said. "He made it very clear out at the airport, spoke to the White House poolers, said this is not about race, this is about patriotism."