‘He talked through the moment of silence’: Olbermann shames Trump for disrespecting 9/11 victims 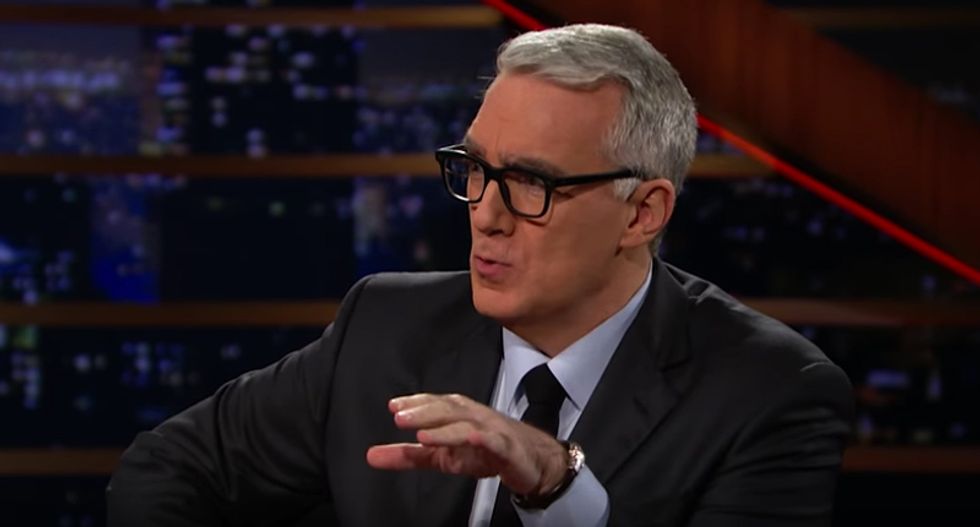 Commentator Keith Olbermann unloaded on President Donald Trump over how he conducted himself on the anniversary of the 9/11, pointing out that the bombastic president couldn't manage to keep his mouth shut during a moment of silence for the victims.

On his Resistance broadcast, the Trump critic was beside himself with Trump after admitting that he is "not someone who believes in mandatory memorials to pain."

"Of course Trump did talk the morning of 9/11," he continued. "He kept speaking at the Pentagon as 9:58 and 10:03 moments of silence had begun. But back to simpler issue: given the manner in how demographics change, 9/11 has long since replaced the Kennedy assassination or the Challenger explosion as the life-changing moment in the psyche of the average American, and how social media has replaced television."

"He's still tweeting insults and mindless memes about his opponent in an election that in 8 weeks will be a year ago," Olbermann stated. "He has two accounts. And no matter how bloated with fake followers and bots they might be, he can use them to have direct access to 58 million followers -- and he didn't tweet on the morning of 9/11."

"When they say 'never forget,' this is what they are talking about," he concluded.

Disney World workers are subjected to daily harassment -- or worse -- from visitors who refuse to abide by the amusement park's mask mandate.

Florida Gov. Ron DeSantis hasn't issued a mask order to protect against the deadly coronavirus, but the Orlando resort and theme park does -- and many guests become angry when employees tell them they can't wear a gaiter or go without a mask, reported the Orlando Sentinel.