Here’s how Trump’s ‘malignant narcissism’ will end his presidency, according to psychiatrists — and it’s going to be wild 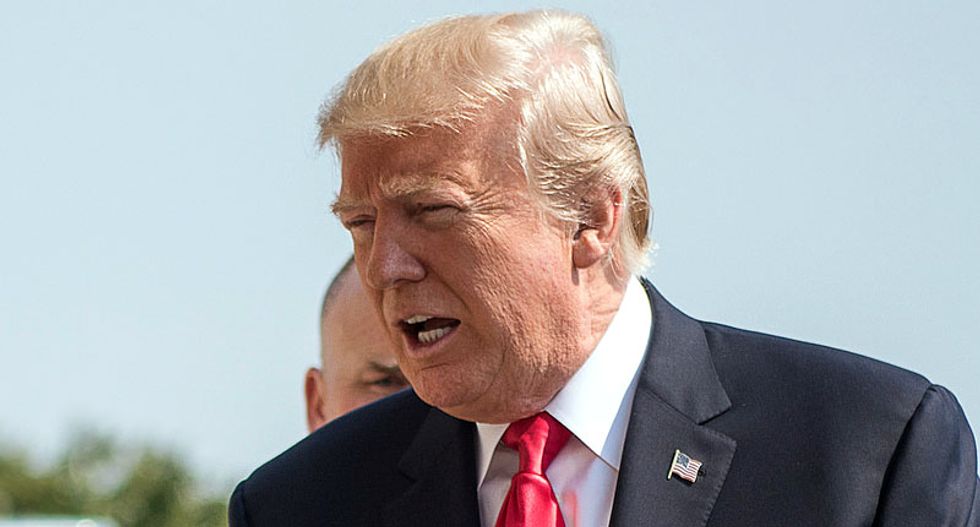 Dr. Lance Dodes is one of 27 psychiatrists and mental health experts who came together to give an educated assessment of President Donald Trump for a new book.

In an interview with Salon, Dodes explained the consensus among the professors is that "the evidence suggesting that Donald Trump may have serious mental health problems is overwhelming."

No other medical practitioner is restricted by confidentiality the way psychiatrists are, but Trump is no one's patient. Many trained in mental health can observe Trump and match his speech and behavior patterns to specific disorders. That's as far as anyone can go without doing an actual in-person exam of Trump.

Dodes began with a diagnosis of "antisocial personality" and the qualities that people who have that exhibit. Comparing it to Trump, he thinks this is one of Trump's problems.

"It is people who lie and cheat," Dodes explained as part of the qualities Trump exhibits. "Everybody lies some of the time, but in this instance we mean people who lie as a way of being in the world, to manage relationships and also to manage your feelings about yourself. People who cheat and steal from others. People who lack empathy … the lack of empathy is a critical aspect of it. People who are narcissistic."

He went on to say that Trump's case of "malignant narcissism" is particularly acute because he also seems detached from reality when he is agitated. An example is Trump's boasting of his crowd size being the largest in history, despite proof to the contrary.

"That is very troublesome because what it means is that he needs to believe it," Dodes told Salon. "He is able to give up reality in exchange for his wished-for belief. Sometimes we call that a delusion."

He said that in the past many have refrained from using the word "delusional" to describe Trump because it can be confused with people who think they're the Queen of England or the second coming of Christ. However, "Trump has a fluid sense of reality, which is a sign of a very sick individual," Dodes said.

Sociopathy is another sign of a mentally ill person. The intersection of cheating, lying and having an emotional disorder typically converge to sociopathy.

"It is not just bad behavior that people have to lie and cheat the way he does, it is an incapacity to treat other people as full human beings," Dodes said. "That is why his focus is on humiliating others to aggrandize himself, as he did in the Republican primaries when he was debating and calling people names."

Trump has done the same with women, LGBT people, immigrants, those with special needs and others. Part of being a human being is seeing the plight of others and feeling something. When Trump fails to see the harm in separating immigrants from children it shows his lack of empathy.

Trump manages to score supporters regardless and Dodes explained this is because many search for strong leaders while others are suspicious of them.

"As children, we all want to believe that our parents are good and strong and great and will protect us forever," he told Salon. "So if you have someone who comes along say, 'I am good and strong and great and I will protect you forever,' a certain number of people will follow that person." For many, Trump is the strong parent being attacked by media or Democrats and they want to protect him.

People trust that they'll speak up for him, the problem, according to Dodes, is that Trump is a liar, so it's "a one-sided bargain."

"Trump is a very primitive man. He is also a man who has a fundamental, deep psychological defect," he said. "It is expressed in his inability to empathize with others and his lack of genuine loyalty to anyone. You will notice that Trump wants everyone to be loyal to him, but he is loyal to nobody."

Being a narcissist doesn't make someone evil or dangerous, according to Dodes, but Trump's other questionable qualities are what make it concerning and defines it as "malignant."

As for how this all ends for Trump, Dodes has two possible scenarios for the presidency. First, if there's a “Reichstag fire”-type event that Trump can use to attack his opposition, the country will rally around him. Dodes thinks it will be North Korea and he'll end up dropping bombs on the country and the dominoes will begin to fall in Asia.

The second piece involves the Republican Party and the point at which they abandon Trump to preserve their own political careers. They'll either invoke the 25th Amendment or impeach him. If that happens, Dodes thinks Trump will "cut bait" and leave a mess for someone else to clean up.

"Trump will resign and say, 'I am still the best and the only savior, and these evil people and their evil media have forced me out,'" Dodes told Salon. "He will keep his constituency, he’ll leave with honor in his own mind and by the way, keep his businesses."

Watch the fascinating interview below: