'I hate you people': Alt-righter arrested for pepper-spraying a trans non-binary person at anti-racist rally 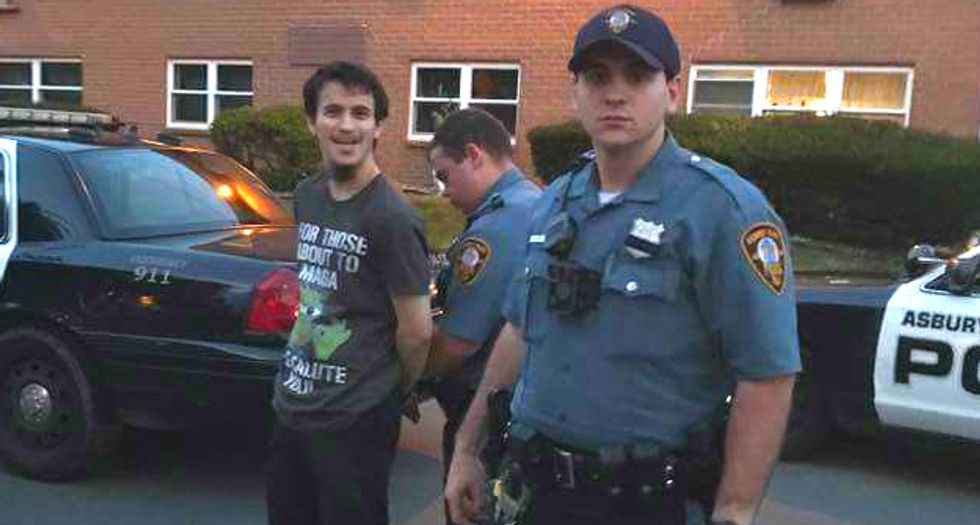 While activists in Asbury Park, New Jersey gathered to protest the hate on display in Charlottesville, one alt-righter decided to take his bigotry out on a trans non-binary person.

According to the Asbury Park Press, 22-year-old Morris May White was arrested for pepper-spraying Allie Koralik, a 34-year-old trans non-binary person who attempted to engage him in conversation after he came to counter-protest the "Stand Against Hate" rally on Sunday.

After White was heard accosting peaceful protesters, Koralik, who was at the rally with the LGBT group and event co-sponsor Garden State Equality, decided to step in -- and then White attacked.

"He was saying, 'I hate liberals, I hate you people, you're trying to take away our rights,'" Koralik told the Asbury Park Press. After she intervened and told him "that's enough" while moving between him and some other protesters.

Though White was also charged with weapons possession, according to New Jersey's 101.5 radio station, prosecutors declined to charge him with a hate crime.

White told NJ 101.5 that he's not a white supremacist because he has a non-white ethnic background.

“I’m half Chinese and also an ethnic Jew, so I cannot be a white supremacist even if I wanted to be,” White said.

He was also heard saying the groups protesting against white supremacy were "taking away my rights as a white person."