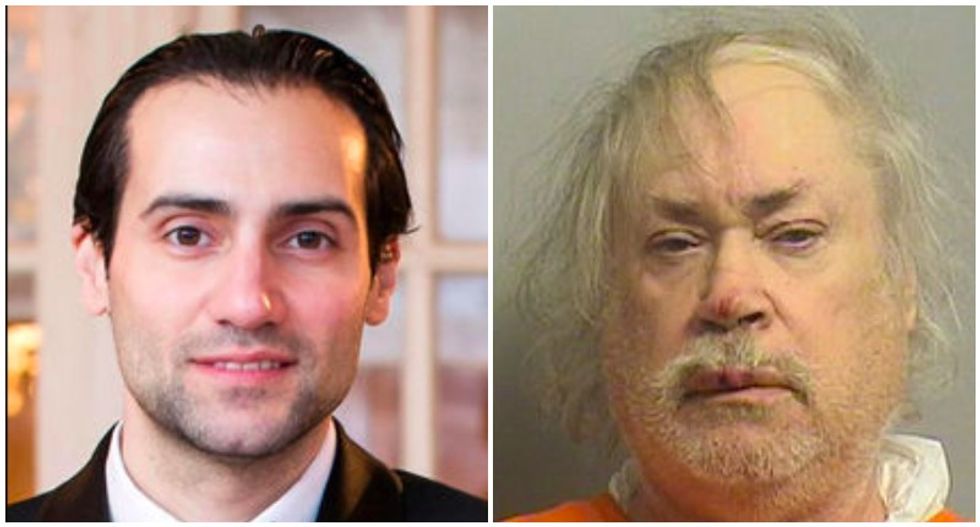 An Oklahoma family wants to know why police failed to act on their warnings about a neighbor's racist obsession that ended in the killing of their loved one.

Stanley Vernon Majors is charged with murder and a hate crime in the August 2016 shooting death of 37-year-old Khalid Jabara, who was killed on his front porch after enduring years of racist taunts by his next-door neighbor, reported CNN.

The Jabara family, who came from Lebanon decades ago, got a protection order against the 62-year-old Majors and then reported to police that he wasn't complying -- yet he remained free to run down their mother.

He was charged with hit and run after police found him later drunk and urinating in public, and he asked officers about Haifa Jabari -- who suffered a brain hemorrhage and broken bones -- by name before cursing her as "filthy Lebanese."

Prosecutors later charged him with assault and battery with a deadly weapon.

Majors was released on $30,000 bond in that September 2015 incident and returned to his Tulsa home, where the Jabari family said he continued to harass them before killing their son and brother two months later.

"We realized every time we call the cops, whether if it was right away or a few weeks later, he would retaliate with something crazy, crazier, and be angrier," said Victoria Jabara Williams, Khalid's sister.

They complained that Majors would stand on his property line and shout "dirty Arabs" and "Mooslems" at them, apparently having no idea they were Christians who fled civil war and religious persecution, reported CNN.

Neighbors said Majors frequently called a landscaper "n*gger" and shouted "dirty Mexicans" at a couple walking by, although they weren't even from Mexico.

Prosecutors say Majors, who was forbidden to own a gun as part of a protection order sought by the Jabara family, got into an argument with his husband, Stephen Schmauss, the night of the killing.

He took a gun owned by Schnauss and fired the weapon inside their home before going next door and killing Khalid Jabara, prosecutors said.

"He came here!" said Haifa Jabara, who was talking to her son on the phone as he was shot. "What is this protective order? What does that mean? Is that a joke? Really? It's just [a] joke."

Majors is scheduled to stand trial Nov. 13, and his attorney has asked the judge to issue a gag order in the case, saying the family's comments to the media jeopardizes his right to a fair trial.

Police told CNN they could not have done much different under state law to stop Majors from harassing his neighbors.

"I don't want to sound like it's their fault, because it is absolutely not their fault," said Detective David Walker, of Tulsa police. "But I don't know that you can legislate us being able to go, us being law enforcement, to go into every drunk ... mean person and take their guns and put them in some sort of institute.