'It appears to be pornography': Local stations awkwardly report on Cruz's naughty tweet -- and it's hilarious 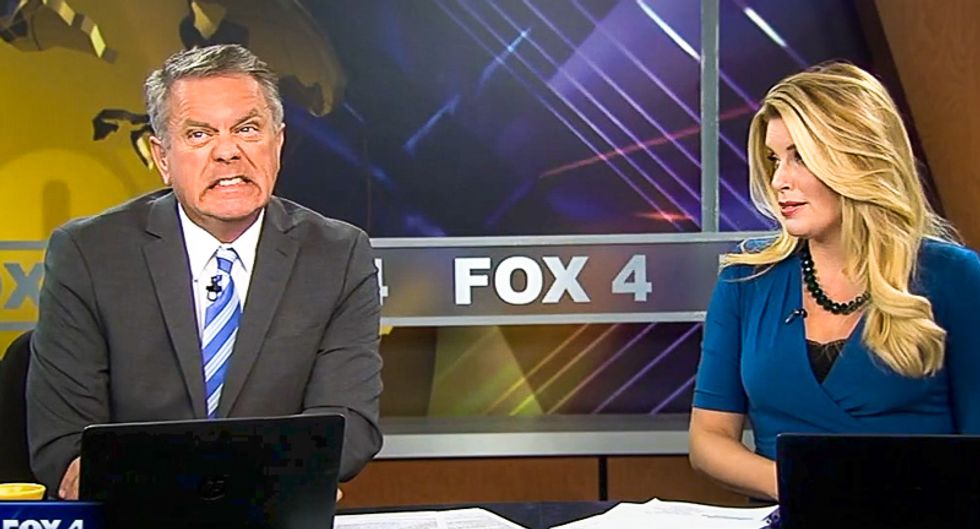 Local TV news programs across the country struggled on Tuesday to explain to their morning audiences that Sen. Ted Cruz's (R-TX) Twitter account had shared a pornographic video.

"Somebody got ahold of the account," one anchor offered sheepishly on KCBS.

"More people get in trouble on Twitter," another anchor complained.

"He should just block everybody," a reporter replied.

"It's not really Twitter's fault," the second anchor opined. "What are you doing? Just in general, people get crazy on Twitter."

The anchor for Fox's Dallas affiliate noted that Cruz was "the top trending thing on Twitter," but it was her co-anchor's grimacing that really stole the show.

"Probably run by some intern," the co-anchor speculated, enunciating the word "pornographic" over and over again with deep concern. "Cruz professes of course to be a defender of family values."

"Take a look," a reporter said, pointing to a screen shot of the video. "It appears to show the senator liked a tweet from an account called 'Sexual Posts'. It includes a two-minute clip that appears to be pornography."

Watch a sampling of the reports below.