'It is insane': Trump leaves CNN panel dumbfounded after he tweets video of him hitting Hillary with golfball 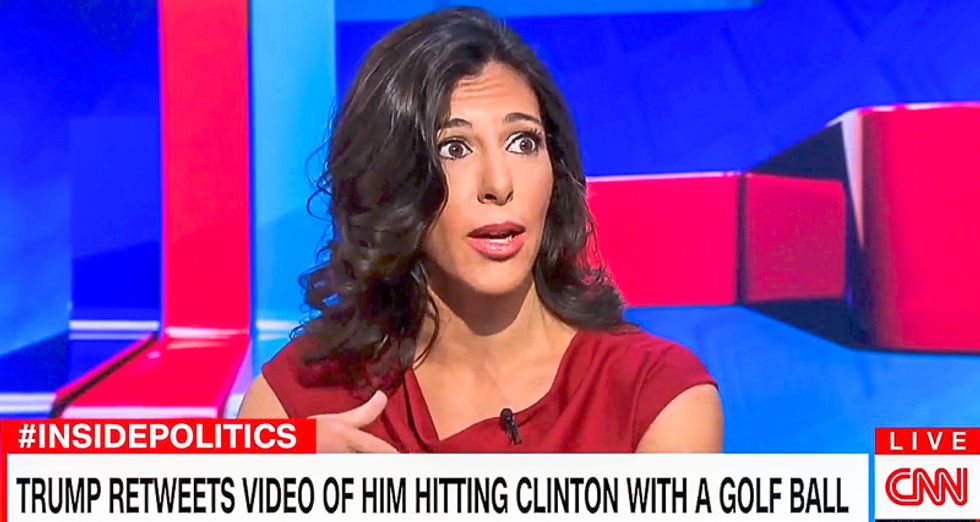 Pundits on CNN were caught speechless on Sunday after President Donald Trump retweeted a video of him hitting Hillary Clinton with a golfball.

"The president of the United States retweeted that this morning," CNN host John King noted. "Why?"

"He's a disrupter," New York Times reporter Julie Hirschfeld Davis explained. "He has these impulses, he enjoys engaging on social media. You hear him talking about that, that is so important to his identity. People want to hear from him."

"But it is unusual," she admitted.

"See, we can't find the words," King agreed. "It's interesting because he is the president of the United States. It is insane kind of."

"He'll come out on a Saturday morning and blow himself up with these crazy tweets," Davis remarked. "I mean, this wasn't about immigration, it wasn't about any policy thing. It's just something he probably thought was funny."