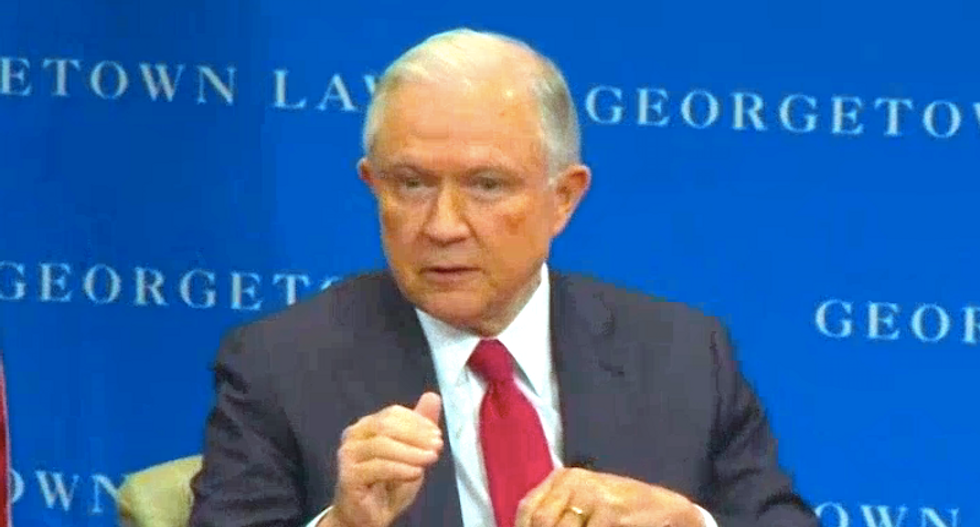 Attorney General Jeff Sessions gave a free speech lecture at Georgetown University, where he argued NFL owners had the legal right to ban player protests during the National Anthem.

Sessions was asked by law students to comment on the players, who President Donald Trump has personally attacked as disloyal and unpatriotic, and the attorney general admitted they had not broken any laws.

"The players aren't subject to any prosecution, but if they take a provocative act, they can expect to be condemned," Sessions said. "The president had a right to condemn them, and I would condemn their actions, not them as a human being."

Sessions previously asked during the lecture who got to decide whether unpopular speech should be protected, while condemning campus violence against right-wing groups and white supremacists, but suggested some legal possibilities for professional athletes.

"People have a right to register their opinions, to protest, to criticize in any number of ways," Sessions said. "I guess it's up to the owners and the people who create these games and pay for the ballfields to decide what you can do on a ballfield. But the freedom of every individual player is paramount under the Constitution, it's protected, and we have to protect it. I think that is not a contradiction there."