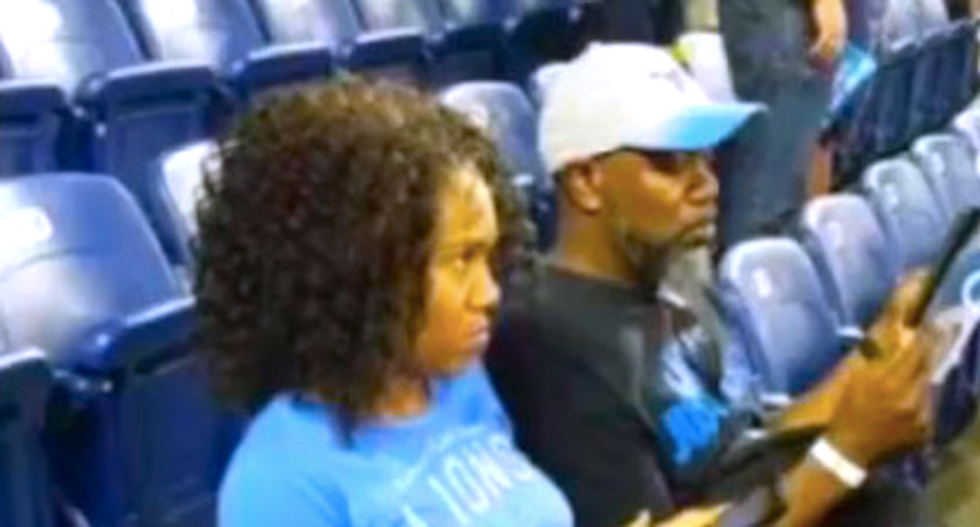 A Detroit business was inexplicably closed Monday after its owner used a racial slur against two fellow Lions fans who declined to stand for the national anthem.

David Doptis, who owns a restaurant supply company in Pontiac, posted a photo on social media of a black woman and man sitting down as other fans take part in the "Star-Spangled Banner" ahead of Sunday's NFL game, reported WJBK-TV.

“You wanna sit down for the national anthem?" Doptis wrote. "You don’t like out country the get the “f*ck” outtt."

Stacey Graham, a Lions season ticket holder, told WXYZ-TV that she has been sitting out the national anthem since last year because she disagreed with the song's reference to killing emancipated slaves in the third verse.

“Everybody has an opinion," Graham told WJBK." He probably could've stuck with, ‘he wishes we would've stood,’ and I would’ve been like ‘okay’, but to write that under our picture -- no words."

Doptis on Sunday denied posting the photo and racist caption, but he offered another explanation in a follow-up Facebook post before deleting his social media account.

“I didn't post any pictures, any collages anything," Doptis said. "I don't know where that even came from."

He did not respond to follow-up requests for comment, and his business, Restaurant Liquidation Auctions was closed Monday without explanation.

Graham said she hopes the Lions cancel Doptis' season ticket license or moves her to another section.

“We've got build our country back together, we've got to come together, whatever that may mean," she said. "But that's going in the opposite direction -- the racial slur, that's going backwards."