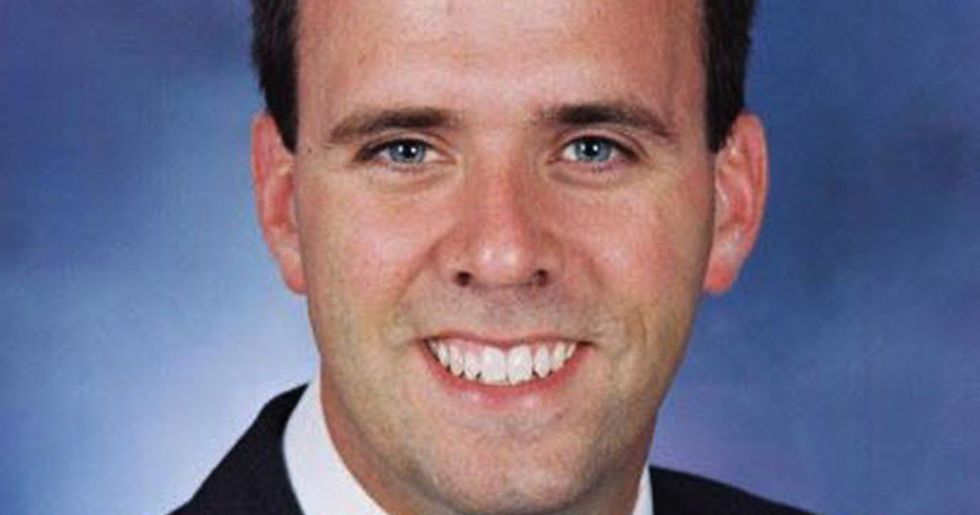 A Minnesota Republican with a history of inflammatory tweets is in hot water again after suggesting anti-racism protesters be "effectively rehabilitated" in prison by forcible rape.

According to the City Paper, State Rep. Pat Garofalo (R) addressed the growing conflict between white nationalists and so-called "antifa" protestors, by saying to deny them bail and throw them in jail with "Bubba in Appalachia."

"1) Arrest them 2) Hold them for 72 hrs before posting bail 3) Give them alone time with Bubba in Appalachia.#EffectiveRehabilition," Garofalo tweeted.

As noted by the City Paper, "Antifa protesters in Portland rallied against members of 'Patriot Prayer,' a traveling pro-Trump conservative group which staged a demonstration in the city that day. Some Antifa members also clashed with Portland police, who informed the public via Twitter that participants were 'throwing irritant smoke and projectiles at police,'" which led to the lawmaker's tweet advocating rape.

Called out on his comment, Garofalo said people were reading too much into his tweet, writing, "Except I never said that. But the F in DFL has never stood for Facts. So you just go ahead and keep making stuff up."

This is not the lawmaker's first brush with Twitter infamy.

In 2014, Garofalo was forced to apologize for making racist comment about NBA players, after tweeting: "Let's be honest, 70% of teams in NBA could fold tomorrow + nobody would notice a difference w/ possible exception of increase in streetcrime."

Following the outrage, the Minnesota Republican apologized, stating, "I sincerely apologize to those who I unfairly categorized.The NBA has many examples of players and owners who are role models for our communities and for our country. Those individuals did not deserve that criticism and I apologize."