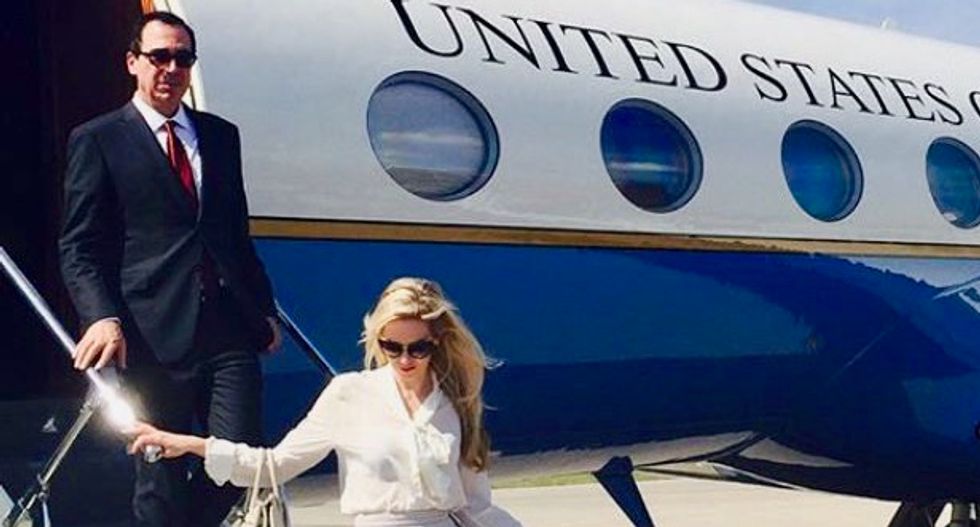 Treasury Secretary Steve Mnuchin is now under investigation from the Treasury Department's inspector general for taking a taxpayer-funded flight down to Kentucky last month so he could watch the solar eclipse from the roof of Fort Knox.

Treasury Department Inspector General counsel Rich Delmar tells the Washington Post that the office is "reviewing the circumstances of the Secretary’s August 21 flight... to determine whether all applicable travel, ethics, and appropriation laws and policies were observed."

Although Trump administration officials defended the trip as "official government travel" that was worthy of a flight on an Air Force jet, the main purpose of the trip seems to have been an opportunity to watch the solar eclipse from the rooftop at Fort Knox, the famous Army post in Northern Kentucky where America's largest stash of gold reserves is stored.

During the trip, Mnuchin also attended a luncheon at the Louisville Chamber of Commerce with his wife, Louise Linton.

“The Secretary of the Treasury at times needs to use a government aircraft to facilitate his travel schedule and to ensure uninterrupted access to secure communications,” a Treasury spokesperson tells the Post. “The Department of the Treasury sought and received the appropriate approval from the White House. Secretary Mnuchin has reimbursed the government for the cost of Ms. Linton’s travel in accordance with the long-standing policy regarding private citizens on military aircraft.”