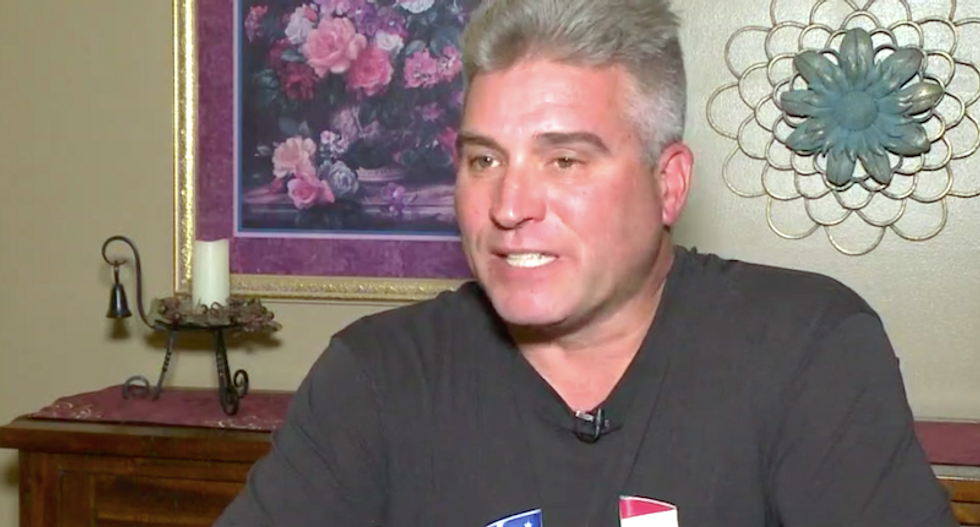 A longtime stadium employee stripped off his NFL gear Sunday and quit in disgust when several Buffalo Bills players took a knee during the National Anthem.

Erich Nikischer protested the demonstration by walking off the job he's held for 30 years at New Era Field, reported WGRZ-TV.

“I waited until the National Anthem ended, I took off my shirt, threw my Bills hat on the ground (and) walked out,” Nikischer told the TV station.

Several players declined to participate in "The Star-Spangled Banner" last season to protest police brutality, but the demonstrations took on a new dimension this weekend after President Donald Trump threatened their free speech rights and livelihood.

"I can't stand and support something where our leader of this country is just acting like a jerk,” said Bills running back LeSean McCoy after the game.

Nikischer, of West Seneca, said he didn't mind if players protested before the anthem was played -- but he was angered by their demonstrations during the song.

"The song that is about our country, our veterans that fight and die for us, it's just something I feel you shouldn't disrespect that way,” he said. "I believe people have the right to protest -- I just don't believe that's the proper venue for it.”

The station didn't report whether Nikischer described a more fitting venue for players to make political statements, but he plans to engage in his own protest until players stop kneeling before games.

“I will never step foot in that place again, I will never watch an NFL football game again until this ends,” Nikischer said.