'Not what God wanted': Texas woman claims she was fired by doctor because she is an 'un-Godly' single mom 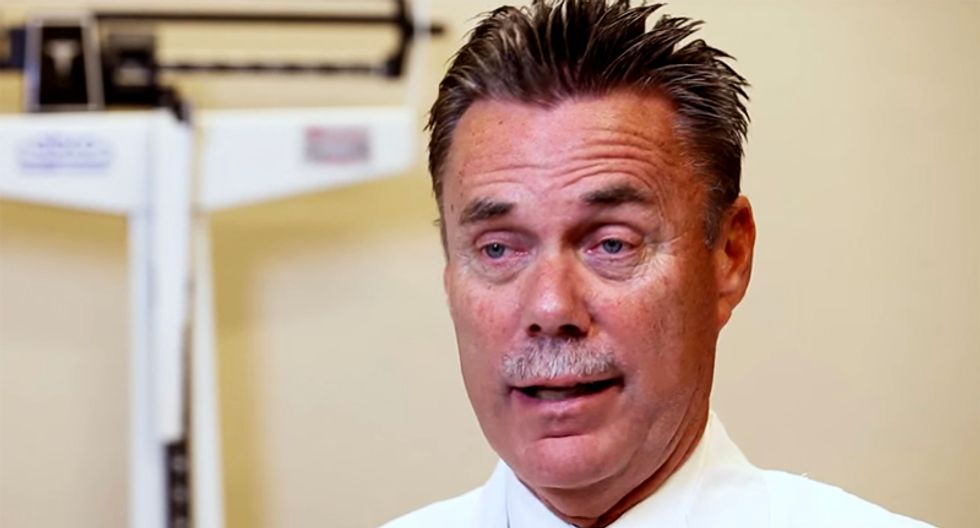 A Texas doctor and his wife are the subject of a federal lawsuit alleging that they forced employees to attend daily Bible readings and fired staffers because they felt they were "unGodly."

According to the Dallas Morning News, Dr. Tim Shepherd, of Lewisville, is being sued by four former employees, alleging that they were forced to participate in religious indoctrination even after attempting to beg off -- citing religious differences.

The suit alleges that former employees Almeda Gibson, Courtney Maldonado, Stacy O’Laughlin and Joshua Stoner were compelled to attend religious meetings to begin the workday against their wishes.

“These meetings typically began each workday morning with a reading or study of Biblical verses and principles and included a discussion of how the religious principles could be related or applied to the personal lives of the employees,” the 9-page complaint alleges. “These mandatory meetings were usually led by the business owners, Dr. Timothy Shepherd or his wife Virginia Shepherd.”

The suit notes that Maldonado was “transferred” from a supervisory job to a medical assistant position after she told the Shepherds that “she believed it was wrong to require employees to attend meetings at which a specific religion is discussed in such detail.”

“The day after Ms. Maldonado’s transfer, the Shepherds called a meeting with Ms. Maldonado and the employees she had supervised as clinical supervisor and told the group that Ms. Maldonado had been removed from that position because she was not leading them property, was not following Christ, and was not seeing the Shepherd’s vision,” the complaint explains, before adding, "The following week, in early March 2016, Mrs. Shepherd called Ms. Maldonado and another employee into her office and told them both that they needed to be ‘more Godly’ and ‘wash the feet’ of others. Ms. Maldonado was fired on March 9, 2016.”

Employee Stacy O’Laughlin alleges in the suit that she was fired one month after Shepherd’s wife told her that being a single mother was “not what God wanted.”

As for Stoner, he claims in the suit that he was fired after refusing. Ms.Shepherd’s “insistence that he attend premarital counseling because he was living with his girlfriend,” the EEOC states.

According to the EEOC, they have attempted to settle the claims with the Shepherd but could not come to an agreement.