'Out of his mind': John Oliver hammers Trump's incoherence on DACA 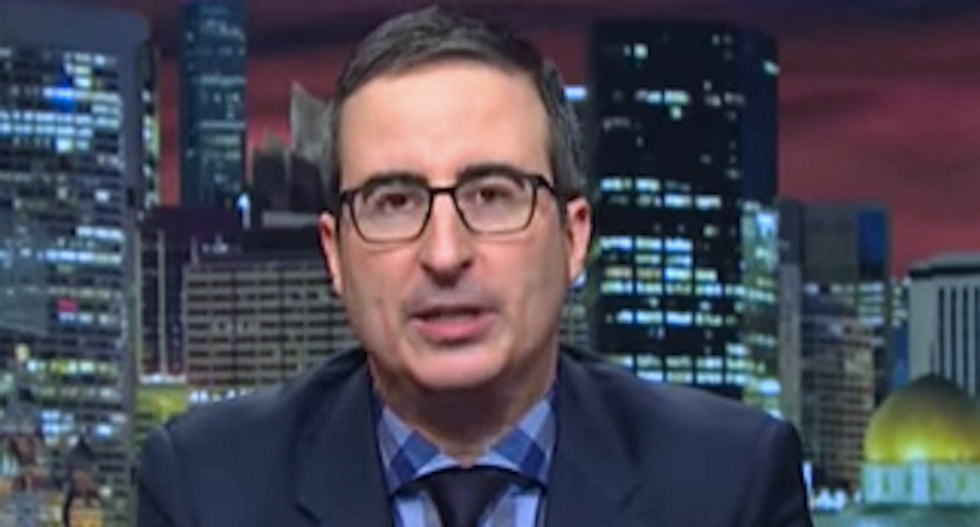 On this week's edition of "Last Week Tonight," host John Oliver lit into President Donald Trump's exceptionally vague and unspecified plans for the 800,000 people known as Dreamers, the recipients of the Deferred Action for Childhood Arrivals (DACA) program.

Last week, Trump announced that he was ending the program, but then when he saw the angry public outcry, he said he'd be willing to revisit the issue.

Even during the campaign, when Trump was confronted by NBC's Chuck Todd and pressed for specifics about what would happen to the Dreamers, Trump said, "Chuck, it'll work out so well, you will be so happy. In four years, you're going to be interviewing me and you're gonna say, 'What a great job you've done President Trump.'"

"But that is not a plan," Oliver said. "Saying they have to go, but maybe they can come back in but then at the end sounding like he's trying to hypnotize Chuck Todd, 'It will work out so well...you will be happy...in four years you're going to say, 'What a great job you've done, President Trump. Now, when I snap my fingers, you're going to wake up and wet your pants, boom."

But, Oliver noted, this is what Trump says whenever "He's got nothing and he's trying to shut down the conversation."

He then played a number of clips, then said, "That is the tone of somebody who forgot to buy an anniversary gift and is stalling for time."

And when Trump tells you how happy you're going to be, "in each of those cases, it's the way you get to that feeling that's important."

Explaining a policy by just saying, "You're going to be so happy" is like naming a restaurant "You're gonna be so full," Oliver said.

"Okay, that's the goal, but how?" Oliver said. "What am I filling myself with? Is it Asian fusion or wet cement?"

He then went on to say that perhaps Trump just has a different definition of the word "happy," because that's how he described the Republicans who left the White House after Trump's surprise deal with the Democrats.

"And we walked out of there and everybody was happy," Trump said.

"But, no!" Oliver said. "They absolutely weren't."

He concluded, "In the end, it's ironic that he's taking such a hard line against Dreamers because this guy is clearly out of his f*cking mind."