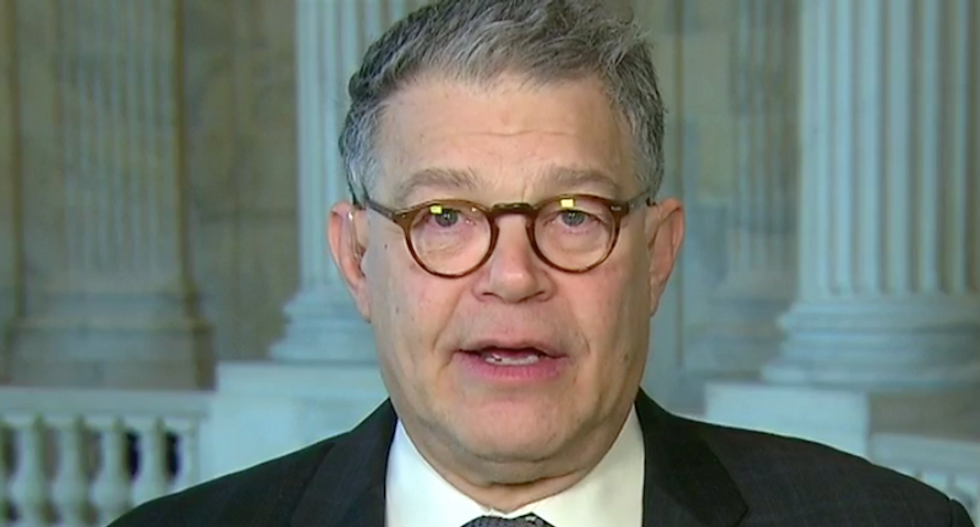 "I am writing to request more information on Face ID - Apple's new facial recognition system and the core feature of the recently unveiled iPhone X," Sen. Franken wrote (PDF). "While details on the device and its reliance on facial recognition technology are still emerging, I am encouraged by the steps that Apple states it has taken to implement the system responsibly."

"However, substantial questions remain about how Face ID will impact iPhone users' privacy and security, and whether the technology will perform equally well on different groups of people," Sen. Frankin continued. "To offer clarity to the millions of Americans who use your products, I ask that you provide more information on how the company has processed these issues internally, as well as any additional steps that it intends to take to protect its users."

"What steps did Apple take to ensure its system was trained on a diverse set of faces, in terms of race, gender, and age? How is Apple protecting against racial, gender, or age bias in Face ID?" Frankin asked in one of the ten question items.

"Please describe again all the steps that Apple has taken to ensure that Face ID can distinguish an individual's face from a photograph or mask, for example," was another topic of questioning.

"How will Apple respond to law enforcement requests to access Apple's faceprint data or the Face ID system itself?" Frankin also wondered.

Tony Romm, the senior editor for policy and politics at Recode, explained the significance of Frankin's letter.

"It’s an important and familiar debacle for Apple, which battled the U.S. Department of Justice in court after federal prosecutors tried to force the company to unlock a password-protected iPhone tied to a 2015 terrorist attack in San Bernardino, Calif," Romm reminded. "In the end, the FBI purchased a special tool to break into the device, ending a legal war that put Washington, D.C., against Silicon Valley."