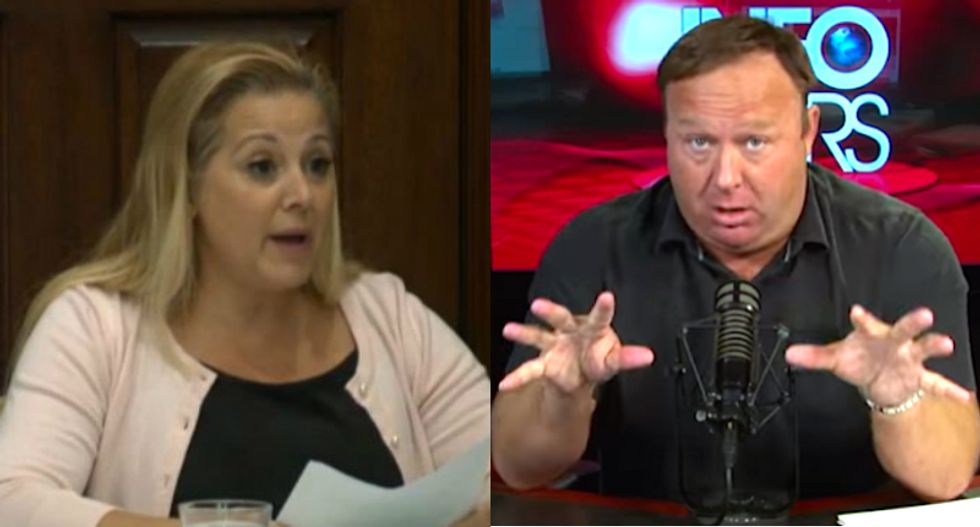 In her custody battle against InfoWars' Alex Jones, the host's ex-wife Kelly Jones has launched an "info war" of her own.

According to the New York Daily News, the former Mrs. Jones is launching a website, alexjonesx.com, on Wednesday to reveal presumably incriminating information about the right-wing conspiracy theorist.

Despite a family court ruling that the former married couple would share custody of their three children, Jones continues to fight for sole custody -- and his ex-wife is battling back.

“I’m going to point out all of his horrible outrageous behavior," she told the Daily News, "but I’m not out to disparage the man. He is the father of my children. I’m standing up to the bully.”

Jones told the newspaper that "a family court judge in Texas has repeatedly blocked her from introducing evidence" that proves her ex-husband is "too volatile and emotionally unstable to be a full-time parent to their three kids."

“This is a man who talks about the Founding Fathers and he’s constantly filing motions to repress my free speech,” she said.

Along with AlexJonesX, Jones intends to start a website under the URL "infowars.today" to act as "her platform for responding to whatever Alex might say about her."