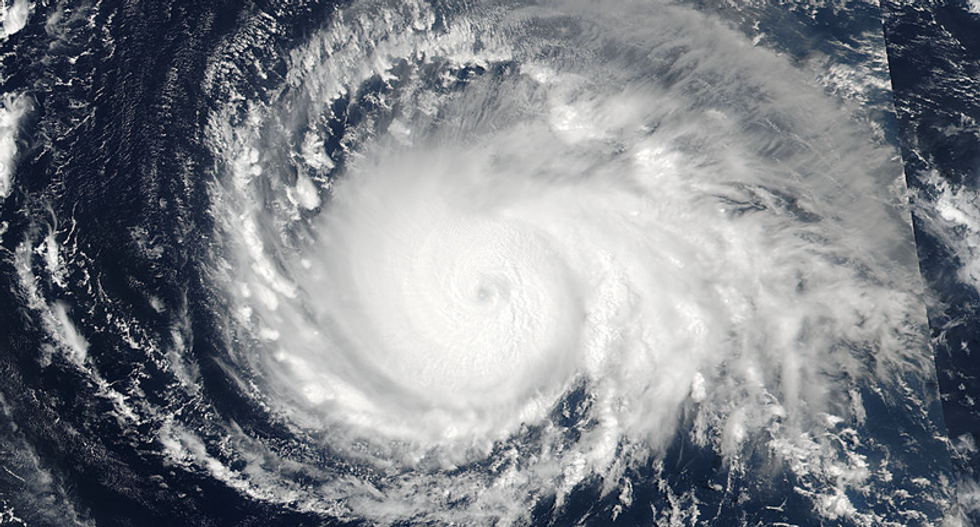 Hurricane Irma as seen from space, image via NASA

Hurricane Irma has strengthened to a Category 5 storm, setting records as the strongest storm on Earth in 2017.

With maximum sustained winds of 185 miles-per-hour, Hurricane Irma is second only to Hurricane Allen in 1980 for Atlantic hurricane windspeed. Hurricane Allen's record is 190 mph.

Hurricane Irma has now generated more Accumulated Cyclone Energy that Hurricane Harvey -- plus all seven other Atlantic named storms of 2017.

Here are some of the latest images documented the scale and intensity of the superstorm: