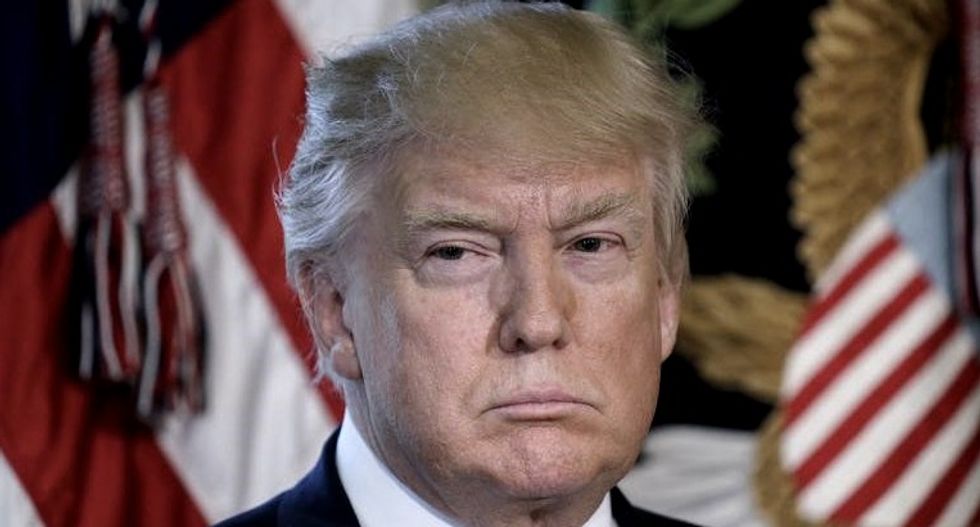 President Donald Trump continued his weekend-long obsession with a few football players kneeling during the national anthem by telling NFL owners they need to "fire of suspend" players or face the wrath of fans.

Writing on Twitter, Trump attempted to place the blame for declining attendance at NFL games on player protests in his early morning tweet by writing, "If NFL fans refuse to go to games until players stop disrespecting our Flag & Country, you will see change take place fast. Fire or suspend!"

Trump later tweeted another attack on the NFL, calling the games "boring."

Trump's comments, no doubt, come in response to many NFL teams issuing statements on Saturday saying they respect the opinion of the players, while calling Trump's Friday night comments about ex-NFL quarterback Colin Kaepernick "divisive and disrespectful."

Friday night, in a speech at an Alabama rally, Trump called the former San Francisco 49er quarterback a "son of a b*tch" which has led to an outpouring of support for Kaepernick and an all-out war between professional athletes and Trump.

Additionally, Trump took a shot at popular NBA star Stephen Curry by rescinding an invitation to the White House -- after Curry's team, the NBA champion Golden State Warriors, had already indicated that they would skip the traditional meeting with the president.

You can see Trump's latest tweets below: