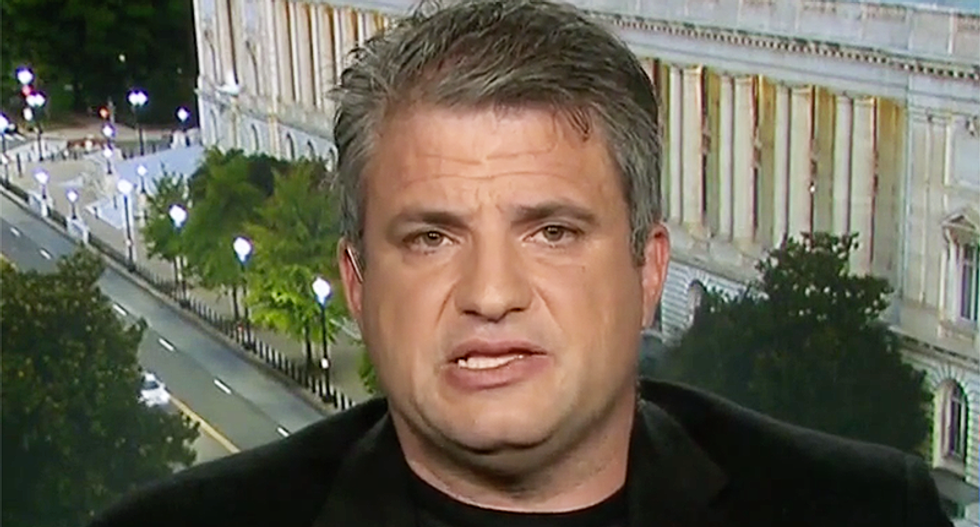 Former NFL Players Association President George Martin called out President Donald Trump for his speech in Alabama Friday, in which Trump described it as "our country and our flag." He said it was "as if we're some outside transient coming through."

In an interview with CNN "New Day" the former defensive end for the New York Giants reminded viewers, "this is our country as well."

"I think he was in front of his base in Huntsville, Alabama, and the lizard brain that knows how to speak to the worst impulses thought of its audience, I think, thought spontaneously, I am going after black dissenters in the national football league and they will love it," Zirin continued. He went on to say that Trump wants to be on the side of his base, and that these topics are the "red meat they will chew up and love."

One thing that Trump didn't expect, according to Zirin, was that there is a kind of brotherhood among players and they defend each other as part of a team.

"Maybe it was only a small minority of NFL players who were willing to take a knee with Colin Kaepernick to protest inequalities in the criminal justice system, but there is a majority who will stand together against the idea that they don't have freedom of speech, against the idea that the president of the United States should somehow call for their jobs and call for them to be fired, one of the most gross things I have seen," Zirin said.

He brought up the fact that Trump used similar inflammatory language talking about the mothers of players, which is a big no-no in sports.

"You've got to understand that the mother in the NFL locker room holds an esteemed place," he continued. "It is like a team mother. When you go after people's mothers it will be like what Josh Norman said last night. He said 'Donald Trump is not my president. And what it felt like to me is he came up to my house' -- and he used different language -- but he said 'it was like somebody urinating on my house. At some point you have to stand up and say stop doing that. If you let someone do that, you are less of a human being.' Yesterday, was players standing up for their humanity and a day, I think, that will go down in sports history."

Watch the full conversation with the men below:

'This is our country as well': Former New York... by sarahburris