'Democrats deport!' Dreamers chase Nancy Pelosi out of her own press conference 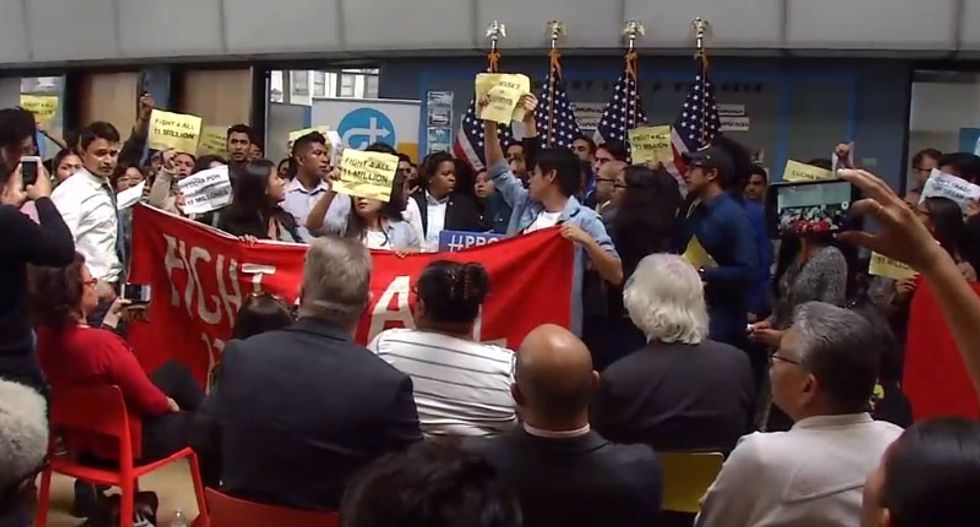 A group of protesters on Monday took over a press conference being held by Democratic House Minority Leader Nancy Pelosi (CA).

Pelosi was discussing her efforts to save the so-called Dreamer program, when the group of Dreamers took over the event in San Francisco and started chanting.

The group is apparently upset that Pelosi is working with President Donald Trump to pass a legislative fix for the Obama-era Deferred Action for Childhood Arrivals program. Trump has said the proposed legislation would also include increased border security.

'All of us or none of us' Crowd takes over DREAM Act event. Pelosi getting blasted by about 100 young 'undocumented youth' pic.twitter.com/RgwnZ4dB3O

The protesters chanted and yelled for more than 30 minutes, giving Pelosi little time to respond.

Undocumented protesters again shout down Pelosi as she tries to tell them "I totally agree with you" pic.twitter.com/thITAnBX4I

Eventually, the Democratic congresswoman gave up on trying to talk with the protesters and left.

Pelosi walks out of her own press conference, shouted down by undocumented protesters pic.twitter.com/xM9zwByvNu