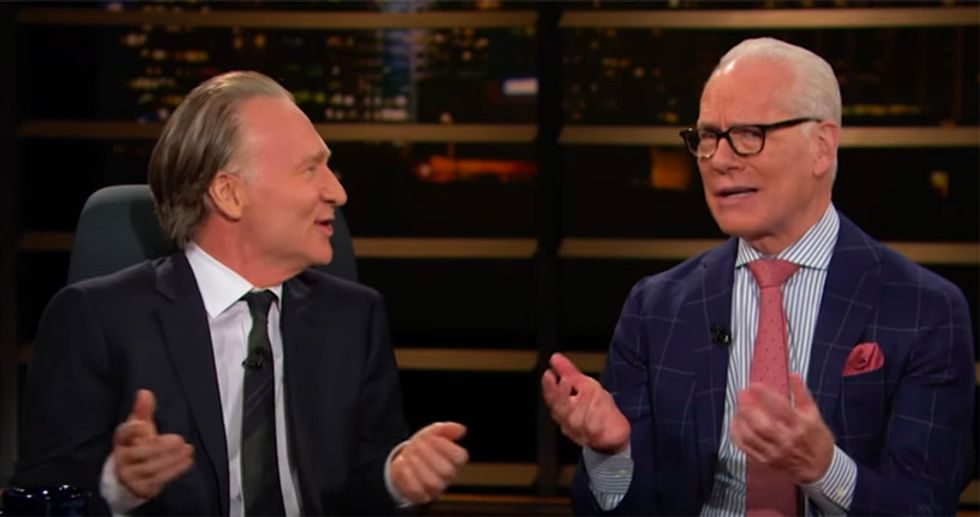 During the internet-only segment, Gunn noted that his father was not only an FBI agent for 26 years but that he was also Hoover's ghost writer.

"Have you heard my crazy story? Just briefly, my sister and I were big 'I Love Lucy' fans," Gunn explained. "And we would visit dad and take the big FBI tour once a year, it was a Washington thing. One day dad said, 'Would you like to meet Vivian Vance?'"

"Ethel Mertz!" Gunn said mentioning Vance's character on the popular TV show. "Who wouldn't want to meet Vivian Vance? That's Ethel Mertz. So we went into Hoover's office and we met her, and she was gracious and wonderful. And, many years later and my father was gone, a lot came out about Hoover cross-dressing. "

"And it was all very interesting and my mother didn't believe any of it," Gunn recalled. "And she said, rightfully so, 'This would have killed your father.' But when it came out, I said to my sister, 'Didn't you think it was a little strange that Mr. Hoover wasn't in the office with Vivian Vance?' I mean, put a fright wig on him...."

"But of all the people, while you were cross-dressing, why would you dress as Vivian Vance?' a bemused Maher asked.

"J. Edgar Hoover, looked a bit like an English bulldog, so..." Gunn quipped.