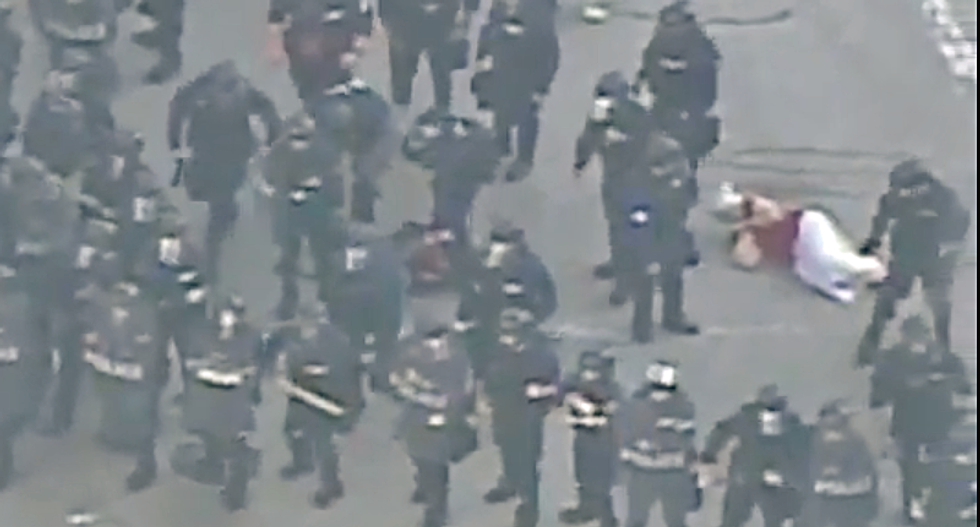 Elderly woman in red shirt and white skirt lies on the asphalt after being trampled by police in riot gear.

Riot police trampled an elderly woman in St. Louis as activists poured into the streets to protest a white former officer's acquittal for the shooting death of a black man.

Judge Timothy Wilson ruled that an audio recording of Stockley declaration that he was going to "kill this motherf*cker" was only an "ambiguous" statement that was not a definite desire to kill.

A second image captures the mauling from the ground:

Witnesses claim the woman was arrested.

St Louis police arrested this elderly woman whose only crime was that she wasn't able to move fast enough when the… https://t.co/hrZi27eMMA
— Keith Rose (@Keith Rose) 1505522301.0

Another round of protests are expected this evening, resulting in the cancellation of a Live Nation concert featuring U2.

"We have been informed by the St. Louis Police Department that they are not in a position to provide the standard protection for our audience as would be expected for an event of this size," U2 and Live Nation said in a joint statement.