WATCH: Trump gets called out at White House briefing for having Jeff Sessions announce his DACA decision 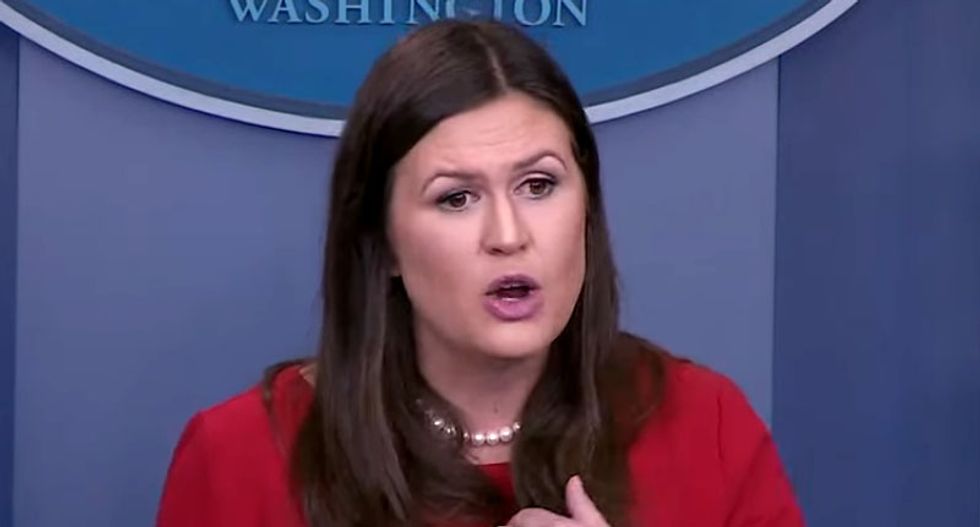 The Obama-era policy protects from deportation immigrants who came to the United States illegally as young children.

But CNN's Jim Acosta wondered why Attorney General Jeff Sessions, rather than the president himself, was the one who made the public announcement.

"Why did the president not come out and make this announcement himself?" Acosta asked. "It's his decision. These kids, their lives are on the line because of what he is doing."

"This is a big part of the legal process," Sanders replied. "This was deemed illegal by just about every legal expert that you can find, including Obama's attorneys."

Later on in the press briefing, Daily Mail's Francesca Chambers also wanted to know why Trump hasn't spoken publicly about his decision.

"Why was it Attorney General Jeff Sessions who went on camera when the president hasn't gone on camera to make this case?" she asked. "

But Sanders insisted Trump had spoken about the issue "numerous times in the past."

"At the same time, this was a legal issue because there was a court decision that had to be made with a time line... created by the attorneys general of in those states that were forcing this issue and this decision."