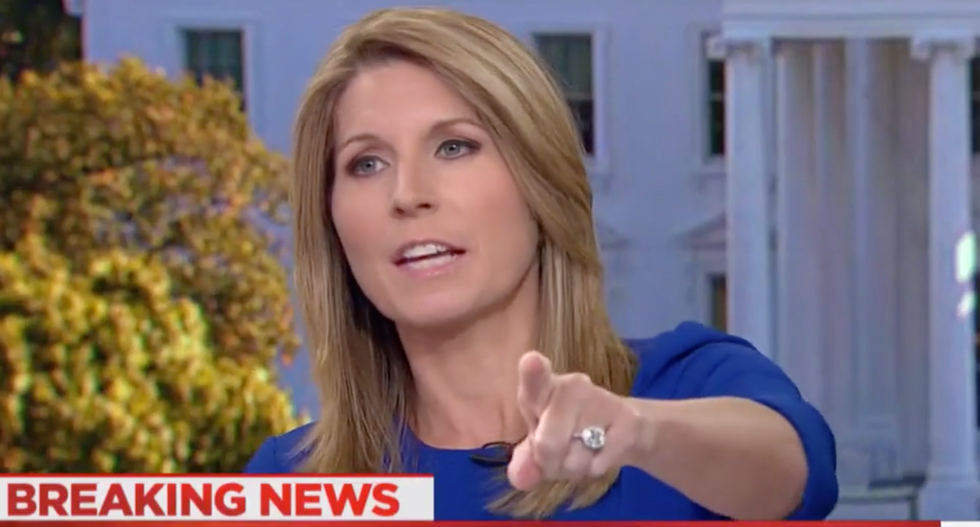 An MSNBC panel on Monday ripped into Donald Trump’s blatant lie about previous presidents not calling the families of fallen soldiers, with Donny Deutsch wondering if we elected “the worst person on this planet” as president of the United States.

“At times the president seems removed from realizing he's the head of state, the commander in chief,” former Bush deputy assistant Juan Zarate said. “He's ultimately responsible for these actions. The fact that four brave men died in Niger on behalf of our country fight with our allies, that happened on his watch. He's commander in chief. He not only has responsibility to communicate to the families of those fallen soldiers but also to the country with respect to what they were doing on the ground. I'm disappointed. I'm hurt.”

“He owes those two presidents [Barack Obama and Bush] an apology before the end of the day,” Wallace said. “That’s a smear and slander, the likes of which I haven't heard since, I don’t know maybe yesterday. But it's appalling he said that.”

“I know we don't diagnose him but it does put a little bit of steel behind your suspicion that there's something wrong with him,” she added.

“He has no soul,” Deutsch replied, matter-of-factly.

“Did we elect the worst person on this planet?” he later asked. “Any time you think you can't go lower—I want to cry. This is not about politics. There's something so deeply wrong, evil, soulless about this person that's got his hand on the switch and there's nothing else to say.”

“It is appalling,” Bill Kristol agreed, noting Trump used the word “I” 18 times throughout his remark on fallen soldiers. “It's all about him,” Kristol said.