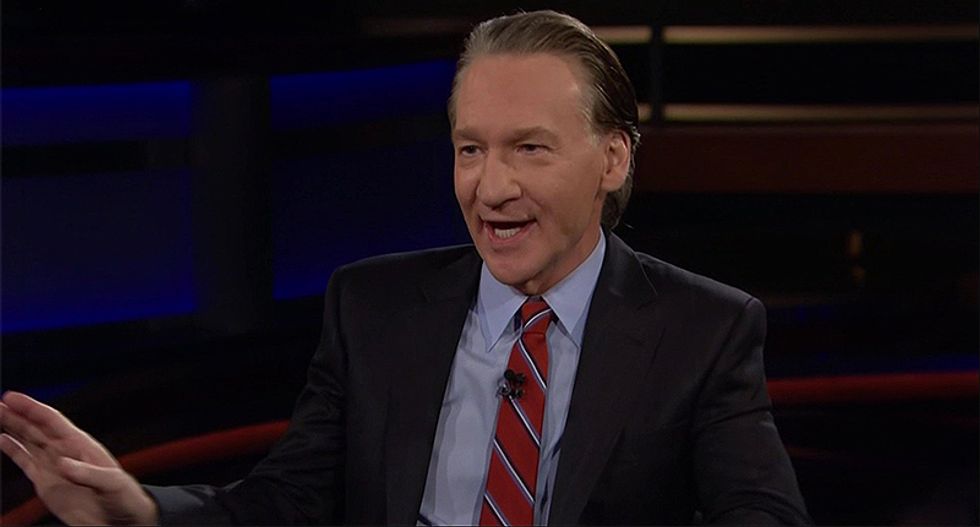 At the close of Friday's "Real Time," host Bill Maher showed aerial footage of Santa Rosa, California that has recently been completely leveled by wildfires. Maher described it as being like footage from a war.

"I'm bringing that up to mention that all of these people, these Republicans who criticize Donald Trump -- they vote with him on issues like this," Maher said. "Issues are what matter here, let's not take our eye off that ball."

Conservative Erick Erickson tried to excuse the votes by saying that many of these come from procedural votes or committee votes but not on actual legislation, because Republicans can't actually get anything passed.

"There truly haven't been that many," Republican Margaret Hoover agreed.

"But they still haven't broken with him because they still want that tax cut," Maher said.

"Precisely," Hoover said. "I think what you see in the Republican Party is two strategies. Contain and then there's accommodation. And the accommodationists are going along with Trump for different reasons. Some of them are scared to death of the base and are afraid to actually be honest. There are some who are actually principled and think, 'He's the president and maybe we'll get some good policies out of him.'"

Former advisor to President Bill Clinton, James Carville, boiled it all down to elections, saying that the only ones brave enough to speak out are those who aren't up in 2018.

"Seventy-five to 80 percent of the Republican Party are with Trump," he continued. "So, Bob Corker, he can say anything he wants because he's not running for reelection. Name me somebody that comes up who has to go out and face Republican voters that do this. I mean, it's just not going to happen!"

Hoover cited Sen. Jeff Flake (R-AZ), who has spoken out against Trump in the past, though not as much since he's gotten an opponent in the primary against him.